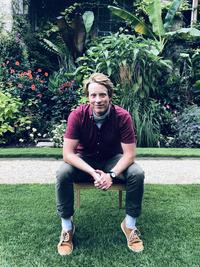 Broadly, and like my fellow researchers at the Institute of Human Sciences, I am interested in using
evolutionary theory to understand human behaviour.

My current academic interests focus on using methods from the psychological, computer, and network
sciences to understand how social relationships affect human health and well-being. I am currently
working on a ‘big data’ study that examines the effects of social integration on physical exercise
adherence and performance at parkrun; a free, weekly, community-based 5 km run that occurs at over
700 different locations across the UK. I have also conducted experimental and survey-based studies to
interrogate the effects of social environments on experiences and outcomes during physical exercise.

The results of these studies suggest that social support and cohesion can reduce perceptions of pain
and fatigue while enhancing performance during exercise. We situate these findings within a broad
evolutionary framework that views humans as a socially interdependent species in which fitness-relevant
homeostatic functions, including the buffering of pain and stress, are functionally tied to social
integration and support.

In the private sector, I am the Chief Data Scientist at Texture AI, a start-up which uses natural language
processing, inferential statistics, and machine learning to measure and predict behaviour and public
health outcomes using web-based content. Recently, we received an Innovate UK grant to use Twitter
data to both predict COVID-19 outcomes and evaluate the effectiveness of pandemic-related public
health messaging.

Outside of academia, sports have been an important part of my life; I competed in track and field (javelin
throw) for both Oxford University and South Dakota State University, where I was an NCAA Division I
Track & Field Academic All-American.

Master of Science (MSc) in Cognitive and Evolutionary Anthropology, University of Oxford (2014) with Distinction

Davis, A. J., B. Crittenden and E. Cohen (2021). "Effects of social support on performance outputs and
perceived difficulty during physical exercise." Physiology & Behavior, 239, 113490.

Davis, A. (2017, November). Faster with friends: a ‘big data’ and observational study of parkrun. Poster presented at the Human Diversity and Adaptation Meeting. Oxford, United Kingdom.