School Newsletter 2018 - Welcome from the Head of School 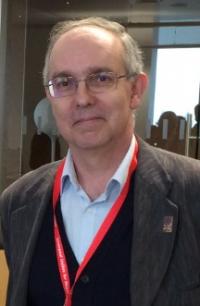 Welcome to the 2018 SAME newsletter. As I write this newsletter, the long hot period, after a short interlude, seems to be back with us, and we are gearing up to host what may be the biggest and we hope will be one of the most exciting annual ASA (Association of Social Anthropology of the UK and Commonwealth) conferences. It will be held in Oxford, based mainly in the Examination Schools, 18th-21st September. The whole department, in association with the Pitt Rivers Museum (where some special exhibitions are being timed to coincide with the conference) and Anthropology at Oxford Brookes, looks forward to welcoming over 700 anthropologists to 3.5 days of discussion, keynote lectures, papers, films, a debate, and not forgetting an unprecedented number of ‘labs’.

This is my final newsletter as Head of Department, before handing over to Elizabeth Ewart at the end of September. Over the past year we have said a sad goodbye to three stalwarts of the School, Bob Parkin, Laura Peers, and Emma Newcombe. All three of them made huge contributions to the School in different ways and they are already sorely missed.

Thomas Cousins, featured here, arrived in January as the first Clarendon-Lienhardt Associate Professor in the Social Anthropology of Africa. Many thanks, once again, to all those who supported our campaign for this post. For the coming academic year, 2018-19, we will also be welcoming four departmental lecturers who will help us cover for colleagues who are on buyout leave, sabbatical, or maternity leave: Olly Owen, Ina Zharkevich, Ana Gutierrez, and Gemma Angel.

Javier Lezaun has taken over from Steve Rayner as head of InSIS, and has also taken on chairing the School’s Research Committee, alongside continuing to chair the Working Life Committee (a.k.a. Athena Swan committee). We are very grateful to Javier for being willing to take all this on.

On the research grant front, a major achievement is the COMPAS-led GCRF grant, PEAK Urban, featured below. This is an £8m grant linking five universities and four partner institutes within Oxford (the others being Maths, Transport Studies, and the George Institute for Global Health). PEAK will support over 40 interdisciplinary urban-focused projects in India, China, Colombia, South Africa, and the UK. Also in COMPAS, the Migration Observatory (featured below) goes from strength to strength. Regular listeners will know that it is frequently consulted by the Today programme on Radio Four.

I had hoped to be able to make a formal announcement this year that our search for a new home, one where the entire School could be housed in a single building close to the Pitt Rivers, with a single front door and single common room that we could all share, was over (Geography, a neighbouring department with a similarly strong identity and even larger spread of methods, benefited hugely from a similar move some years ago). We are making good progress, but the official announcement will have to wait until next year. The actual move is still, inevitably, some years off, but I predict that, painful though the move itself may be, once achieved, there will be enormous intellectual synergies and many other improvements to the daily life of the School.