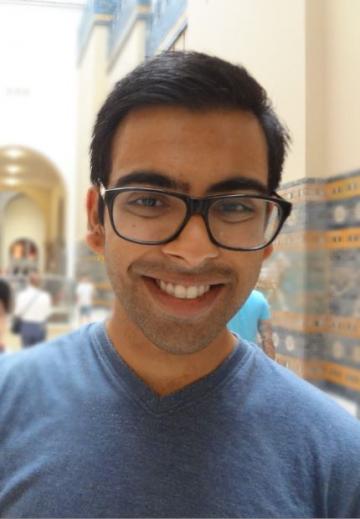 MSc Medical Anthropology (2014), now Special Assistant to the Commissioner of Health at the New York City Department of Health and Mental Hygiene

My journey to the Institute for Social and Cultural Anthropology began in university when I wanted to interrogate my own experience with weight loss and the broader “obesity epidemic” in which it was embedded. My interdisciplinary coursework prompted me to find a graduate program that could weave multiple discourses together into an analysis greater than the sum of its parts. I was drawn to the Unit for Biocultural Variation and Obesity (UBVO) and reached out to some current members, Hannah Graff and Amy McLennan. Both responded with thoughtful messages and advice about pursuing studies at Oxford. I applied and received admission, and soon after became colleagues with them under Professor Stanley Ulijaszek and a small cohort of MSc and MPhil students.

The coursework, tutorial system, opportunities to contribute to UBVO, and social life of the Oxford Anthropology community made for a rich year. I could not have asked for more vibrant classmates and rigorous professors. A key conversation that ran through the texts, lectures, papers, and debates of the course concerned the relationship between biomedicine and cultural meaning - concepts too quickly divided. With a cohort of students that included current and aspiring physicians, former NGO workers, scientists, policymakers, and critical theory nerds, we all developed a more sophisticated lens.

My dissertation examined constructions of drug safety and efficacy in the US Food and Drug Administration approval process for two obesity pharmacotherapies, lorcaserin and phentermine/topiramate, by combining the concepts of medicalization and pharmaceuticalization in a global assemblages framework. That analysis provided a foundation to consider emerging pharmaceutical subjectivities, as well as the complex relationship between pharmacotherapy and public health interventions.

Shortly after returning to the US, I started working at the Center for Health Equity in the New York City Department of Health and Mental Hygiene (DOHMH). My team was charged with building the capacity of Community Health Worker programs to advance social and racial justice in their client communities and the health care system. I now work as a Special Assistant to the Commissioner of Health at DOHMH, and on a daily basis have the privilege of deploying the critical toolkit from my graduate training to help transform a monumental public health institution into an anti-racist organization.