Vernacular Religion: Varieties of Religiosity in the Nepali Diaspora

The Nepali diaspora in the UK is relatively small but must be one of the fastest-growing groups in the country. Nepalis were seriously under-reported in the 2001 census, which recorded only 5,938 UK residents born in Nepal; being Nepali was not acknowledged as an ethnic or national category. The Centre for Nepal Studies UK (CNSUK), three of whose members are participating in this study, carried out a nationwide survey, including detailed questionnaires to over 5,000 households, in 2008. They came up with a total figure for Nepalis in the UK of 72,173. This figure is likely to increase considerably in future. There are many ex-Gurkhas and their families, but also growing numbers of students, nurses, and other professionals settled in London, Manchester, Reading, towns close to army bases (Ashford and Folkestone in Kent, Farnborough and Aldershot in Hampshire), and other cities.

Our research, funded by the AHRC-ESRC Religion and Society programme as a Major Research Award 2009-2012, encompasses both individual and collective forms of religious practice. It will examine the lived religious experience of Nepalis in Britain under three separate headings: (1) personal quests for salvation, (2) attempts to build different forms of community, and (3) the propitiation of gods and spirits for help with worldly problems (e.g. illness or other misfortunes). The assumption in Judeao-Christian traditions is that all three types of religiosity will normally be provided by a single system, but there is no reason why this necessarily must be so: in many Asian contexts different ritual and ideological systems provide for each of these three needs. Whether and how far this is so for Nepalis in the UK is what we intend to find out.

We also work closely with other Oxford projects on diaspora, such as the Oxford Leverhulme Diasporas Programme

For a short film about the project, please click here.

Major outputs of the project are the two edited volumes Global Nepalis: Religion, Culture, and Community in a New and Old Diaspora (Delhi: OUP, 2018) and Vernacular Religion: Cultural Politics, Community Belonging, and Personal Practice in the UK’s Nepali Diaspora (Kathmandu: Vajra Books; Reading: CNSUK). The latter volume brings together major article outputs of the project that were published elsewhere. It is available in Nepal from Vajra Books and in Europe by emailing cnsuk07@gmail.com, as well as from well-known on-line booksellers. 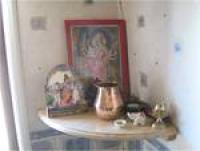