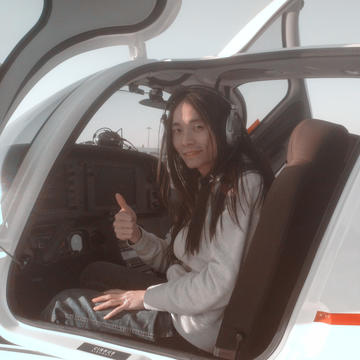 Doctoral Research Abstract: A sudden burst of Chinese people's enthusiasm for oceangoing cruise travel particularly within East Asia has made this region the world’s most dynamic cruise market since the mid-2010s. From an anthropological perspective, this research examines Chinese cruise tourists, their time at sea starting and ending in Shanghai, China’s largest and busiest cruise homeport, together with the involved shore & land excursion activities in Asia’s top visited ports-of-call, especially South Korea's Jeju Island and Japan's Fukuoka. An ethnography about Chinese passengers' experience including their touristic encounters with others of different identities and cultures in various forms throughout the whole cruise stages will be presented. Relevant issues in the anthropological studies on travel and tourism will be discussed as the theoretical basis but re-examined or even challenged in such oriental contexts. This research will trace the development of China-focused oceangoing cruise market and its subsequent effects in East Asia’s port-of-call communities, and also aims to understand cruise travel as a process of meaning-making and explore its cultural origins in Chinese contexts to shed light on the social and cultural change in contemporary China.

I have vast work experience in tourism, now arguably the world’s largest industry and greatest dynamic moving people around the globe in peacetime. I became a tourist guide shortly after obtaining the license though initially on a part-time basis when I was still an undergraduate student. I acted later on more as a tour escort/leader, a role accompanying and providing logistical and organisational support for Chinese tourists especially in outbound package tours. I worked full-time for China International Travel Service during the gap years between my MA and MSc, and China CYTS Tours, another China’s leading tourism enterprise for two years after completing my MRes and before embarking on my DPhil. As a front-line worker, I witnessed the flourish of the tourism industry in China as well as various real scenarios in package tours. Therefore, my current main research direction, i.e., the anthropology of travel and tourism with a regional focus on China/East Asia shaped up, to a large extent, based on my work experience which also paved the way for my long-term ethnographic fieldwork.