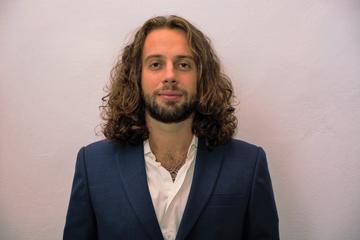 Vittorio Bruni is a DPhil student in Migration Studies and a Grand Union DTP Scholar with an Advanced Quantitative Methods award. He has a strong interest in human migration and the various themes that intersect with it. His DPhil research investigates vulnerabilities to human trafficking and exploitation in the context of labour migration from Myanmar to Thailand.

Vittorio holds a BA in Development Economics and International Cooperation, and a MSc in Public Policy, Human Development, and Migration Studies. After finishing his studies, Vittorio worked for the United Nation University – Merit as a research officer. In this position, he mostly focussed on migration routes from West Africa to Europe, and on the intersections between gender, migration, and corruption. Later he joined the Regional Office of the International Organization for Migration (IOM) in Bangkok, Thailand where he was part of a regional project looking at migration and displacement in Afghanistan, Bangladesh, Iran, Iraq and Pakistan. Vittorio later took up a position as the IOM Displacement Tracking Matrix (DTM) coordinator for Thailand and Laos PDR, conducting quantitative primary research activities on labour migration in these countries. In his latest position, Vittorio was the Lead International Research Consultant for a research project on stranded migrants and returnees implemented by the DTM unit of IOM in Kazakhstan, Kyrgyzstan, the Russian Federation, and Tajikistan.