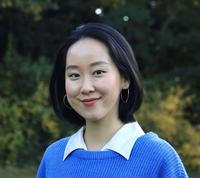 Research: My research broadly focuses on the ideological, social, and political transformations during and after China's marketization reforms.

My DPhil research looks into the spatial-temporal transformation of urban Northeast China, the Maoist "industrial base", in its post-Maoist present. More specifically, I plan to follow irregularly employed or unemployed young people who migrate to the northeast cities and move into cheap apartments to live an "indolent life" (e.g. embodying such discourses as tangping or xianyu), in response to the impossibility of upward economic mobility, four decades into the economic reform. I thus ask how post-socialist time of decline encounters capitalist time of stagnation, and how the failed utopia of socialism becomes a "utopia of indolence" for precarious youths at the economic bottom in contemporary China.

Previously, in my master's thesis, titled "Mediating Femininity: The Politics of Gender on Chinese Livestreaming Platforms," I examined how the paradoxical logics between "liberating" and "constraining" in both neoliberal politics and digital infrastructures in post-reform China have produced a singularized ideal of femininity on livestreaming platforms, which is then further abstracted and appropriated into non-human and robotic forms in the livestreaming industry.

I received a BS in Media, Culture, and Communication from New York University and an MPhil in Social Anthropology from Oxford.