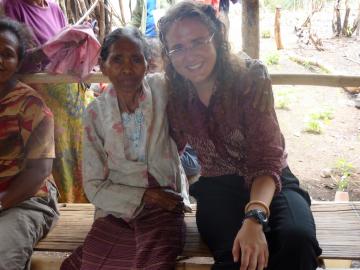 The Age of the Great Explorers may have passed, but the exploration of the human mind and our behaviour endures. Ever since I was a toddler I knew that I wanted to dedicate my life to exploring the alternative realities of experienced life that different cultures and societies present. Part of this interest probably roots in a childhood featuring a mix of Swedish and Peruvian influences. Of course, at the time I had very little idea how I would practically go about pursing my dreams, but a turning point came as I eventually embarked upon a BA in Archaeology & Anthropology at Oxford. Suddenly I was presented with the tools to unlock some of the questions I had been pondering for nearly two decades.

Through undergraduate tutorials I realized that the issues I felt most strongly about had to do with social structure and how we legitimize power/social influence and social change. Kinship turned out to be an integral part of this, and since I had strong support from my tutors to pursue my interests I planted myself at ISCA for the next four years to do a DPhil with a focus on kinship. Oxford offered excellent opportunities to do literature research, and being polyglot meant I could also access less frequently consulted material. Every Monday for three months I additionally travelled to SOAS to take up evening classes in yet another language, so that within a year from commencing my research I would finally find myself waking up to the sound of roosters in a draughty bamboo hut at the outskirts of a small mountain village in eastern Indonesia.

This is where I was set to spend nearly two years conducting research among Catholic/animist swidden agriculturalists, who are as home in the forest as I am in the world of literature. Though it was certainly not the first time I lived in the jungle and worked closely with the local population, it was my first time in this part of Asia and the first time I was working completely alone. How very different, culturally and environmentally, from my previous experiences in Asia, Africa, Europe, and South America! But, oh, how rewarding the fieldwork period was. The bits and pieces of information that I had meticulously gathered from books back in Oxford suddenly leapt to life and to my surprise they transformed inside my mind in the most unexpected ways. Had I not gone to the field I would not in a million years have begun to grasp the full meaning and context of what I thought I already knew so well.

Based on the data I brought back home I did not only manage to finish my DPhil, but also complete a postdoctoral research position in Sweden. This time I was based at a Medical Faculty and working on climate change, global health, and gender issues in relation to community-based adaptation and sustainable development in the developing world. I feel grateful that I have had the chance to apply my research interests to this wider field of study and to practically apply my anthropological findings for a greater good. I have a feeling that without the highly inspiring and intellectually stimulating years I spent at Oxford I might not have been where I am now.