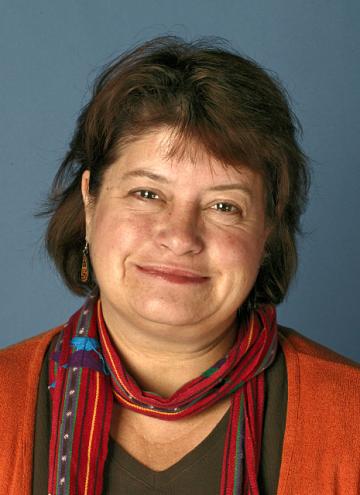 Professor Veronica Strang is the Executive Director of the Institute of Advanced Study and a Professor of Anthropology at Durham University.

She is a cultural anthropologist whose research focuses on human-environmental relations, materiality, cultural landscapes, property, and, in particular, societies’ engagements with water. She has conducted ethnographic research in Australia, the UK and New Zealand. She also has a close interest in interdisciplinarity, and in developing a reflexive understanding of the processes that enable collaboration across the academy.

Since completing a DPhil at the University of Oxford in 1995, she has held teaching and research positions at the Pitt Rivers Museum and the University’s Environmental Change Unit; the University of Wales; Goldsmiths University; and the University of Auckland. She returned to the UK in 2012 to take up her post in Durham, and from 2013-2017 she served as the Chair of the Association of Social Anthropologists of the UK and the Commonwealth. She was recently appointed to HEFCE’s Interdisciplinary Advisory Panel.

In 2000 she received a Royal Anthropological Institute Urgent Anthropology Fellowship, and in 2007 she was awarded an international water prize by UNESCO. Current work includes assisting the UN in developing new ‘Principles for Water’ to complement its Sustainability Goals; research re-theorising human-non-human relations in river catchment areas; and writing a comparative text examining historical and contemporary beliefs about water beings.

Her publications include Uncommon Ground: cultural landscapes and environmental values (Berg 1997); The Meaning of Water (Berg 2004); Gardening the World: agency, identity and the ownership of water (Berghahn 2009); Ownership and Appropriation (Berg 2010) and Water: nature and culture (Reaktion and Chicago University Press 2015). Further details are available on her website.