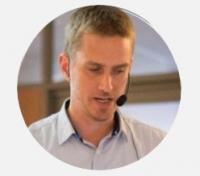 Ruben Andersson is an anthropologist working on migration, borders and security with a focus on the West African Sahel and southern Europe. His book Illegality, Inc.: Clandestine migration and the business of bordering Europe (University of California Press 2014), an ethnographic account of Europe’s efforts to halt irregular migration, accompanies border agencies, aid organisations and migrants along the Spanish-African borders. The book argues that the ‘fight against irregular migration’, rather than curtailing movement, has led to more distress and drama at the borders, which in turns has fuelled a self-reinforcing industry of controls.

Ruben’s more recent project, financed by the AXA Research Fund, looks comparatively at remote-controlled interventions and the partial withdrawal of international actors from global crisis zones, taking as its starting point the conflict in Mali, West Africa, and the confluence of risks which international interveners are dealing with there – including, besides security and livelihoods, the perceived ‘risk’ of migration. The project will lead to the forthcoming monograph No Go World: How fear is redrawing our maps and infecting our politics (University of California Press 2019).

Prior to joining ODID, Ruben worked at the London School of Economics, where he completed his PhD in 2013. Ruben is also an associated researcher at Stockholm University’s Department of Social Anthropology. Before joining academia, Ruben worked in the media and he writes regularly for non-academic audiences.