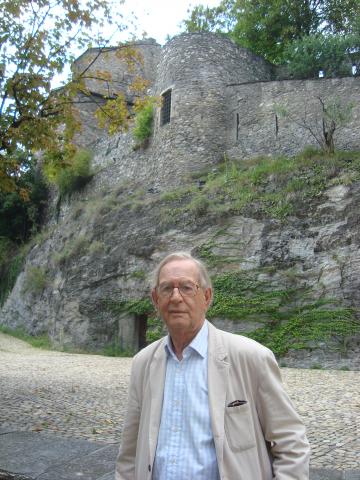 Peter Rivière was in post at the Institute from 1971 until 2001, retiring that year as Professor of Social Anthropology and Fellow of Linacre College. His first degree was from Cambridge, and then after a few years as a journalist, he came to Oxford for his graduates studies.  He held a research post at London University and teaching posts at Harvard and Cambridge before taking up the lecturership left vacant by John Beattie’s departure for Leiden.

His research has concentrated on Lowland South America, a region which he first visited in 1957-8 as a member of a combined Oxford and Cambridge Expedition. His fieldwork among Native Peoples of Amazonia has focused on the Trio of Surinam/Brazil border, on which he has published extensively, including the monograph Marriage among the Trio (1969). He extended this to comparatives studies of the region, best illustrated by Individual and Society in Guiana (1984). He also worked with Brazilian ranchers in the State of Roraima, about whom he wrote The Forgotten Frontier (1972). More recently his interests have turned more historical as indicated by Absented-minded Imperialism (1995) about the frontier dispute between Great Britain and Brazil, and he edited for the Hakluyt Society two volumes of Robert Schomburgk’s Guiana travels in 1835-44 (2006).

A second research interest has been the history of anthropology, in particular that of the evolutionary period. He edited for the University of Chicago reprints of the Victorian classics by John McLennan and John Lubbock Since retirement he has edited a collection, A History of Oxford Anthropology (2007, 2009). He has also been involved, on a voluntary and casual basis, with various projects at the Pitt Rivers Museum dealing with the founding collection of the museum given to the University by General Pitt-Rivers.