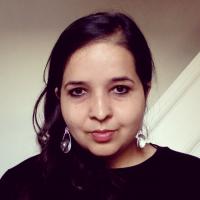 Professor of Anthropology and South Asian Studies
Governing Body Fellow at Wolfson College
I am an Anthropologist of South Asia with wide-ranging research and teaching interests in the anthropology of politics, development, environment, law, human-animal studies, and research methods. I was educated at the Universities of Delhi (B.A. and M.A.) and Cambridge (MPhil and PhD). Before joining Oxford in October 2017 I held postdoctoral research fellowships awarded by the Leverhulme Trust and the British Academy at the University of Cambridge.
My first monograph, Paper Tiger: Law Bureaucracy and the Developmental State in Himalayan India, was published in 2016 by Cambridge University Press as part of their ‘Law and Society’ series. Paper Tiger is a winner of the Sharon Stephens Prize awarded by American Ethnological Society for a first book. This book traces the translation of two widely commended laws into practice through an ethnography of quotidian bureaucratic life. Paper Tiger rejects standard explanations for developmental/state failure – rooted in inefficiency, incapacity, dysfunctionality, corruption, or violence – to present an alternate, ethnographically driven reconceptualisation. One of its original contributions has been to demonstrate the counter-intuitive effects of the push for ‘transparency’ in the functioning of the post-liberalisation Indian state.
My second book, Crooked Cats: Beastly Encounters in the Anthropocene, was published in 2021 by the University of Chicago Press. Crooked Cats retells the story of big cats that make prey of humans in India through a centering of the climate crisis. This work weaves together "beastly tales" spun from long-term fieldwork in India in order to rethink our understanding of the causes, consequences, and conceptualization of the climate crisis. There are many theories on why and how a big cat comes to prey on humans, with the ecological collapse emerging as a central explanatory factor. Yet, uncertainty over the precise cause of crookedness persists. Crooked Cats explores in vivid detail the many lived complexities that arise from this absence of certain knowledge to offer startling new insights into both the governance of nonhuman animals and their intimate entanglements with humans. Through creative ethnographic storytelling, Crooked Cats illuminates the Anthropocene in three critical ways: as method, as a way of reframing human-nonhuman relations on the planet, and as a political tool indicating the urgency of academic engagement.
I am currently working on two new projects:
The first project explores the relationship between technology and government. This research builds upon my first book, Paper Tiger, and my abiding interest in bureaucracy, welfare, and techniques of government in South Asia but substantially extends it by moving into a study of utopia, technology, and the intersection of technocracy and politics.
The second project is centred upon asking what the climate crisis does to the production of knowledge in anthropology specifically and the humanities and the social sciences more broadly. Some of these methodological and political concerns are found reflected in a research network at TORCH - climate crisis thinking in the Humanities and Social Sciences - that I co-direct.
Email: nayanika.mathur@area.ox.ac.uk
Publications

“Crooked Cats: Beastly Encounters in the Anthropocene,” Chicago: University of Chicago Press, 2021. Under contract with HarperCollins for the South Asia edition, forthcoming in early 2022.

“Who Are ‘We’? Reimagining Alterity and Affinity in Anthropology,” 2018, New York: Berghahn Press (with Liana Chua).

“Remaking the Public Good: A New Anthropology of Bureaucracy” guest editor (with Laura Bear) volume 33, no.1, 2015, The Cambridge Journal of Anthropology.

“Predation." In Lexicon for an Anthropocene Yet Unseen Series, Theorizing the Contemporary, Cultural Anthropology website, July 12, 2016.

“The Reign of Terror of the Big Cat: Bureaucracy and the Mediation of Social Time in the Indian Himalaya,” Journal of the Royal Anthropological Institute (JRAI) volume 20, no. 1, 2014, pp. 148-165

“Transparent-Making Documents and the Crisis of Implementation: A Rural Employment Law and Development Bureaucracy in India,” Political and Legal Anthropology Review (PoLAR), volume 35, no. 2, 2012, pp. 167-184.

“Introducing the ‘We’ In and Of Anthropology” (with Liana Chua), introduction to edited collection, 2018, New York: Berghahn Books, pp 1-34.

“Effecting Development: Bureaucratic Knowledges, Cynicism and the Desire for Development in the Indian Himalaya,” in S. Venkatesan and T. Yarrow, eds. Differentiating Development: Beyond an Anthropology of Critique. London: Berghahn, 2012, pp. 193-209.

“A Measure of the Measure of Measuring,” review of “The Seductions of Quantification: Measuring Human Rights, Gender Violence, and Sex Trafficking,” by Sally Engle Merry in American Anthropologist, volume 121, no. 1, 2019, pp. 264-266.

“Give a Woman a Giant Panda”, review of “Give a Man a Fish: Reflections on the New Politics of Distribution,” by James Ferguson in Anthropology of This Century, January 2016, Issue 15.

“Government of Paper: The Materiality of Bureaucracy in Urban Pakistan,” by Matthew S. Hull in Journal of the Royal Anthropological Institute, 2015, volume 21, issue 3, pp. 707-708.

“Nature, Culture and Religion at the Crossroads of Asia,” (ed.) M. Lecomte-Tilouine in European Bulletin of Himalayan Research, 2011, Volume 34.

“The Will to Improve: Governmentality, Development and the Practice of Politics,” by T. M. Li in Cambridge Anthropology, 2010, volume 28, Number 2.

The NRC is a bureaucratic paper monster that will divide and devour India, Scroll.In, January 14, 2020

Tragic tale of a ‘man-eating’ tigress tells us so much about the Climate Crisis, The Conversation, May 16, 2019. {Reproduced in Newsweek, Popular Science, and Quartz)

A High Court Ban on Killing Man-Eaters will Only Intensify Human-Animal Conflict in the Himalaya, Scroll.In, Jan 03, 2017.

'Colagate': Corruption, an Honest Bureaucrat, and a Deeper Malaise in India, The Conversation, August 23, 206. {This article was reproduced widely including in The Wire, The Huffington Post, The London School of Economics Blog, The Quint, The British Academy blog}

Conversation and blog post with David Graeber and Laura Bear on austerity states, financialisation, and the anthropology of bureaucracy: “Bureaucrats are the evil sisters of ethnographers,” berghahnbooks.com, September 24, 2015