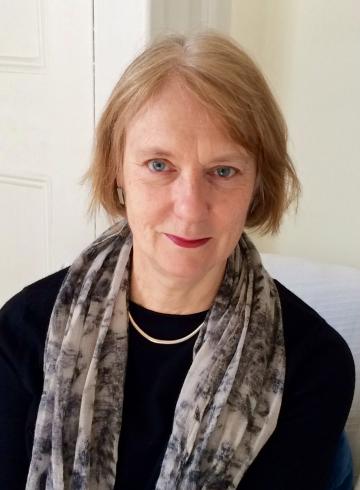 Elizabeth Edwards is a visual and historical anthropologist and Professor Emerita of Photographic History at De Montfort University, Leicester, where she was also Director of the Photographic History Research Centre from 2011- 2016. Until 2005 she was Curator of Photographs at Pitt Rivers Museum and lecturer in visual anthropology at ISCA where she developed the M.Sc course with Professor Marcus Banks in the 1990s.

Specialising in the social and material practices of photography, she has worked extensively on the relationships between photography, anthropology and history for over 30 years.  From 2010-12, she led European-funded project PhotoCLEC, on photography, museums and colonial memory.  She is on the Advisory Board of the National Media Museum (Science Museum Group) and in 2014 received the Lifetime Achievement Award from the Society for Visual Anthropology (American Anthropological Association). She was elected a Fellow of the British Academy in 2015. She is currently working on an ethnography of the relationship between photography, history and ‘cultural heritage’, on photographic historiography and on the visual culture of the Colonial Office up to 1918.

2014 Uncertain Images: Museums and the work of photographs. Ed. with S. Lien. Ashgate.