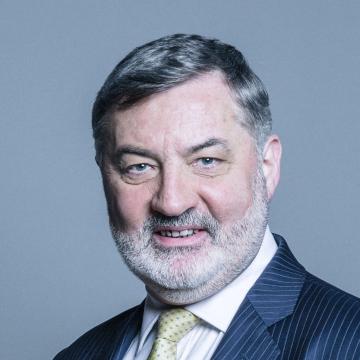 Previously a consultant psychiatrist at the Centre for Psychotherapy he established in Belfast, Lord Alderdice was also until recently a Clinical Professor in Psychiatry at the University of Maryland (Baltimore), and is a Senior Research Fellow at Harris Manchester College (University of Oxford), Director of the Centre for the Resolution of Intractable Conflict and Chairman Emeritus of the Centre for Democracy and Peace Building (Belfast).

As Leader of the Alliance Party of Northern Ireland he played a significant role in negotiating the 1998 Good Friday Agreement, and when the Northern Ireland Assembly was elected, he became the first Speaker of the new Assembly.  In 2004 he retired as Speaker on being appointed by the British and Irish Governments as one of the four Commissioners of the international Independent Monitoring Commission (IMC), put in place to close down the paramilitary organizations and monitor security normalization. He served throughout the life-time of the IMC.

Lord Alderdice has spent a lifetime working on understanding and addressing religious fundamentalism, radicalization, terrorism, and violent political conflict in various parts of the world.  More recently he has also been working on the problems of indigenous peoples and their conflicts with the incomers.  He consults, lectures and writes on these issues, and has been recognized with many honorary degrees and international prizes, including the International Psychoanalytic Association Award for Extraordinarily Meritorious Service to Psychoanalysis, the World Federation of Scientists Prize for the application of Science to the Cause of Peace and Liberal International’s Prize for Freedom.