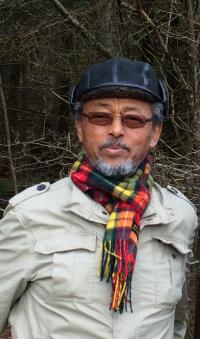 Dr Tadesse has several years of field experience as an ethnographer among southern Ethiopian pastoralists and cultivators of the Omotic area as well as pastoralists around Lake Chew Bahir (Lake Stephanie).

In 2006 he was initiated as elder (huduga) in his native community of dere Chencha in Gamo, where his current research activities are based.  He is also a board member of the Indigenous Peoples’ Assistance Facility (IPAF) at the International Fund for Agricultural Development (IFAD) in Rome and has served on other boards such as Dir Biyabir in California and Porini Association in Kenya.

Dr Tadesse has written on issues such as economic and bond-friendship networks in southwestern Ethiopia as well as the role of warfare in inter-group relations. With his former colleague Professor Thomas Widlok he edited a two-volume book on property relations while at the Max Planck Institute for Social Anthropology.  He then joined the African Rift Valley Programme of the Christensen Fund in California as Program Officer, where he spent more than ten years planning and making grants for projects that contributed to biocultural diversity in the region. More recently he has led a team evaluating a DFID funded project in Ethiopia implemented by Send A Cow UK and its partners. Prior to his PhD training in Social Anthropology at the LSE, he worked as a Lexicographer of Omotic Languages in the Academy of Ethiopian Languages as well as working in various roles in the Ethiopian Ministry of Culture. He is fluent in Gamo and Wolaita dialects, and in written and spoken Amharic.

2009 ‘We Have Been Sold’ in Competing with the State and dealing with Others. Changing Identifications and Alliances in North-East Africa. Volume 2. (Eds.) Gunther Schlee & Elizabeth E. Watson. Oxford: Berghahn