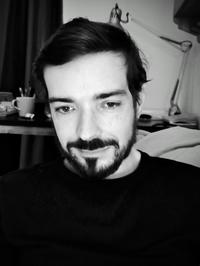 Volodymyr Artiukh is currently a Postdoctoral Researcher at COMPAS with the ERC-funded project EMPTINESS: Living Capitalism and Democracy after (Post)Socialism.

Volodymyr completed his PhD in Sociology and Social Anthropology at the Central European University in 2020. His dissertation is an historically-informed analysis of labour in Belarus centred on workers' agency in the context of bureaucratic labour control. He has also written on the circulation of populist idioms in the dominant and opposition ideologies in Belarus in 2017-20.

Within the EMPTINESS project, Volodymyr is studying the movement of Ukrainian migrants between Donbass and Belarus. His project situates their laboural and migratory experiences in the divergent political economic trajectories of the two countries.

Artiukh, Volodymyr (2020). “Partisans or Workers? Figures of Belarusian Protest and Their Prospects” in Left East, August 15