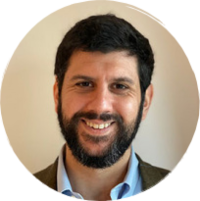 Maxim now researches property inheritance, the state and class reproduction in Johannesburg, South Africa. In the post-apartheid era, making wills has taken on new significance amidst middle-class expansion and the rapid proliferation of financial services. Meanwhile, most people die intestate, their relatives confronted with unfamiliar rules about which relatives officially matter. The project explores the institutions and disputes surrounding urban inheritance, connecting socio-economic position to kinship, property, and legal and bureaucratic processes. As more South Africans accumulate substantial property, its disbursement becomes a new terrain on which battles of kinship obligation are fought.

Maxim previously worked at the University of Birmingham, and before that at the British Museum. For the BM’s interdisciplinary ‘Money in Africa’ project, he conducted ethnographic fieldwork with small-scale businesspeople in Malawi and interview-based research in Nigeria’s and Uganda’s central banks.

Maxim is a Research Associate at the Wits Institute of Social and Economic Research, University of the Witwatersrand, and a Senior Honorary Research Fellow in the Department of African Studies and Anthropology, University of Birmingham.