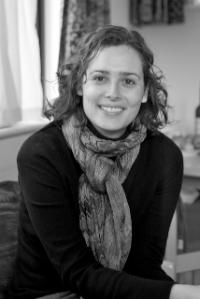 My research interests include transnational migration, relatedness, gender and generation, Pentecostalism, home and belonging, care, religious pluralism, and (urban) space and place. I have pursued these interests in the context of migration between Kenya and the United Kingdom and in East London.

I teach and supervise postgraduate (MSc, MPhil, and DPhil) students in Social Anthropology and in Migration Studies, as well as teach undergraduates in Human Sciences and Archaeology and Anthropology.  Since 2011, I have held several positions at Oxford, including most recently an ESRC Future Research Leaders Fellowship (2013-2016) at the Centre on Migration, Policy and Society (COMPAS) in the School of Anthropology.

I received my doctorate in Social Anthropology from the University of Oxford.  Prior to returning to Oxford for my doctoral research, I spent ten years working on social justice issues in San Francisco and among New York City’s diverse immigrant communities.

Leslie is Lecturer in the Anthropology of Africa in the Department of African Studies and Anthropology at the University of Birmingham.  She continues to serve as a doctoral supervisor at ISCA and is a research affiliate at COMPAS.  She is also on the editorial board of the Journal of the Anthropological Society of Oxford.

Prior to joining DASA in September 2018, Leslie held several research and teaching positions at Oxford, including an ESRC Future Research Leaders Fellowship at COMPAS.  She received her MPhil and DPhil in Social Anthropology from Oxford.  Before returning to academia, she spent ten years working on social justice issues in San Francisco and among New York City’s diverse immigrant communities.

Leslie’s research interests include transnational migration, kinship, religion (especially Pentecostalism), religious pluralism, and (urban) space and place. She has pursued these interests in the United Kingdom and Kenya and in the context of migration between the two countries.

(2019) Bringing the Kingdom to the city: Mission and the place-making practices among Kenyan Pentecostals in London.  Special issue. City and Society.

(2018) Pentecostal pastorhood as calling and career: Migration, masculinity, and religion between Kenya and the United Kingdom. Journal of the Royal Anthropological Institute. 24(4): 749-766.

(2017) Place and the (un-)making of religious peripheries: Weddings among Kenyan Pentecostals in London. In Religion and the Global City. David Garbin and Anna Strhan, Eds. London: Bloomsbury.

(2016) ‘Assistance but not support’: Pentecostalism and the reconfiguring of relatedness between Kenya and the United Kingdom. In Affective Circuits: African Migrations to Europe and the Pursuit of Social Regeneration. Jennifer Coles and Christian Groes-Green, Eds. Chicago: University of Chicago Press.

(2016) Deferring the inevitable return ‘home’: Contingency and temporality and in the transnational home-making practices of older Kenyan women migrants in London.  In Transnational Migration and Home in Older Age, Katie Walsh and Lena Nare, Eds. London and New York: Routledge.