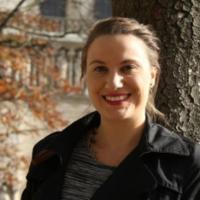 Dr Lena Rose is a Leverhulme Trust Early Career Fellow at the Centre for Socio-Legal Studies at the University of Oxford. Her research areas are migration and refugee studies, legal anthropology, religion, and globalisation.

Her current three-year interdisciplinary research project entitled 'Christianity on Trial: Asylum, Conversion, and the Modern Nation-State' (2019-2022) examines the negotiation of ‘Christianity’ through the lens of asylum adjudications of claimants based on the fear of religious persecution following a conversion to Christianity. In these cases, secular judges have to assess the genuineness of the conversion, and risks of practising Christianity in the country of origin of the applicants. This study of case law and ethnographic fieldwork at courts in Germany, France, and the UK explores the tensions between culture, religion, and power in the negotiation of what 'Christianity' is.

Lena completed her DPhil in Social and Cultural Anthropology in May 2019, based at the Centre on Migration, Policy, and Society (COMPAS), University of Oxford. Her doctoral work was concerned with the role of power in the circulation of ideas, resources, people, and theology within global evangelicalism. She conducted ethnographic fieldwork among Palestinian and 'Western' evangelical Christians in Israel-Palestine, Europe and North America, while paying attention to the theologies that shape evangelicals' approaches to Israel. Her doctoral work has already resulted in a number of publications in journals such as Current Anthropology, Global Networks, and Ethnos.

Lena holds an MSc Migration Studies (University of Oxford, 2013) and has worked as research assistant on various projects at the International Migration Institute, the Refugee Studies Centre, and the Socio-Legal Studies Centre (in particular Prof Livia Holden's EURO-EXPERT project).

From 2017 to 2020, Lena was the co-founder and convener of the interdisciplinary Oxford Migration and Mobility Network (@MigMobNetwork), which draws together researchers of migration and mobility from across the University. The network has grown to combine the expertise of more than a hundred researchers from more than twenty different departments from across the University of Oxford.

For a list of publications and more information, please look at Lena's page on the Faculty of Law website.