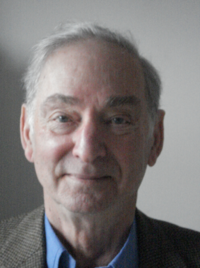 Jerry (Jerome) Ravetz came to England as a Fulbright Scholar, and did a PhD in mathematics at Trinity College, Cambridge. He was Reader in the History and Philosophy of Science at the University of Leeds before taking early retirement to found The Research Methods Consultancy. He wrote the seminal book Scientific Knowledge and its Social Problems (1971, 1996)*.  There he introduced the concept of ‘industrialised science’, and explored the issue of the preservation of quality in the new, depersonalized society of research. He studied scientific uncertainty and its management, co-authoring (with Silvio Funtowicz) Uncertainty and Quality in Science for Policy (1991)*.  There they developed the NUSAP notational system, whereby the qualitative aspects of quantitative information could be expressed.  Then they developed the theory of 'post-normal science', which applies when facts are uncertain, values in dispute, stakes high and decisions urgent.  His other books include The Merger of Knowledge and Power (1991)*, a collection of essays, and A No-Nonsense Guide to Science (2006).  [* = uncorrected draft available on Andrea Saltelli’s website for private use and study). A selection of copies of his published papers is available for viewing on Google Drive. He has been actively involved in the growth of Post-Normal Science.  His 90th birthday was marked by a symposium at the Institute in June 2019.  At the PNS5 conference in Florence in September 2020, there will be awarded a ‘Jerry Ravetz Prize’ to an outstanding young scholar.

Jerry’s current work is in the borderland between research and search.  He is grappling with issues of growth and decay in science, in the context of the erosion of inherited certainties and of societal transformation. In an age of decline and demise of major social institutions of all sorts (European empires, Soviet Union, Catholic Church, gender-binary structures of governance and oppression), what is happening to Knowledge?  Are we entering a period of creative instability like the Protestant Reformation?  Has our technology-based material culture lost resilience against the coming shocks?  Such questions have no easy answers, if indeed any at all; the perspective of Post-Normal Science at least opens the way to their exploration.  Since mathematics has become the icon (perhaps idol) of truth in the post-theological age, the critique of its supposed certainties could be a key to unraveling the contradictions underlying our present perplexities.