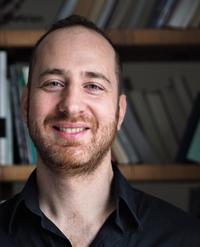 Manolis Pratsinakis is Departmental Lecturer in Migration Studies and the Onassis Fellow at SAME and COMPAS, University of Oxford. He is also the Deputy Project Manager of the SEESOX Diaspora project.

He was previously a postdoctoral fellow at DPIR, University of Oxford, Marie Curie fellow (IF) at the University of Macedonia (2015-2017), a visiting fellow at the University of Sussex (2016) and a lecturer at the University of Amsterdam (2013-2015). His academic interests broadly concern the study of migration and nationalism. He has done research and published on immigrant-native relations, ethnic boundaries and categorization, everyday nationhood, migration decision-making, brain drain, and intra-EU mobility in the post-2008 period. Manolis has studied Geography and Sociology (with honors) and completed his PhD in 2013 in Anthropology. His MA studies were supported by a Nuffic Huygens Scholarship and his PhD research by an IKY scholarship from the Dutch and Greek state respectively.