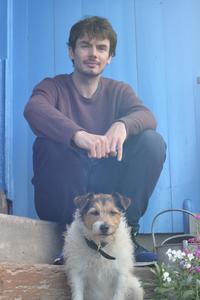 Dominic Martin is an anthropologist of Russia and a Postdoctoral Researcher at COMPAS on the ERC-funded project Emptiness: Living Capitalism and Democracy After (Post)Socialism. His own sub-project examines the experience, politics and governance of emptiness in the Russian Far East. In particular, he is looking at the interplay of abandonment and development in Russia's Maritime Territory (Primorskii Krai).

Dominic's ethnographic and archival research has hitherto centred on an abandoned military garrison that, in the 1990s, was converted into an Orthodox monastery within the perimeter of 'closed' city near Vladivostok. His work concerns the relationship between postsocialist life and the transformations of economy, society and sovereignty that followed the end of the Cold War in Russia's Asia-Pacific borderlands. His research interests include: religious revival and diaspora (Old Believers); rituals and traditions of nationalism and militarism (monarchists and Cossacks); 'closed cities' and monotowns; Russo-Japanese relations; Russian corporations and state capitalism.

Dominic has an MA, MPhil and PhD in Social Anthropology from King's College, Cambridge. After his doctorate Dominic taught at the Higher School of Economics, St Petersburg (2017-8). Before coming to COMPAS, Dominic was a Postdoctoral Associate in Russian Studies at the Macmillan Center for International and Area Studies and a Lecturer in Anthropology at Yale University (2018-20), where he taught courses on gender, truth, postsocialism and the Cold War.  Previously he was a visiting researcher at the University of California, Berkeley, and the Wissenschaftzentrum für Sozialforschung, Berlin, and a Fellow of the Japan Society for the Promotion of Science in Tokyo.