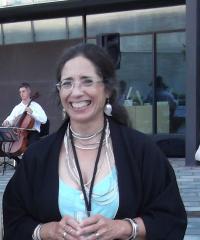 The research for my Oxford DPhil was with Japanese diving women (ama, women who dive for shellfish and seaweed) and fishermen in Mie Prefecture. Kuzaki, the village in which I worked, still functioned as a sacred guild (kambe) for Ise Shrine, the most sacred Shinto Shrine in Japan. This combination of occupation and religious life required me to begin thinking about religion in Japan as well as the broader context of religion in modern societies; while also considering the importance of age and gender in organising religious events and village life, all under the general umbrella of martime anthropology! Kuzaki also was part of the domestic tourism boom that was important in 1980s Japan, and for several years I wrote about and taught the anthropology of tourism, as well as on Japanese culture and society, and general anthropological theory at SOAS.

Subsequent periods in Japan have been spent working on various aspects of Japanese popular culture. I have more recently published on various areas to do with the anthropology of mass media: Remaking Kurosawa in 2009; (as editor) Documenting the Beijing Olympics in 2010; and (as co-editor) Football: from England to the World in 2009.  As well as continuing to write and publish on gender, religion and society,  I am hoping to take my media interest in different directions with new research on the anthropology of fear; feminism in science fiction films and thinking about the mediatization of science in the mass media.