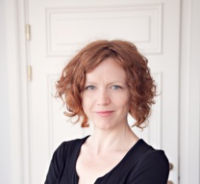 Associate Professor in the Anthropology of Migration

I specialize in political anthropology, focusing in particular on three areas: (1), the geopolitics of mobility and migration; (2), forms of statehood, sovereignty, and capitalism in post-Cold War Eastern Europe and the former Soviet Union; and (3), (post)socialism as a critical lens for analysis of 'late liberalism' and corresponding knowledge practices in anthropology.

I hold doctoral and master’s degrees in social cultural anthropology from the University of California, Berkeley, as well as an interdisciplinary master’s degree in humanities and social thought from New York University.

Starting in Michaelmas 2017, I am co-convening a work-in-progress forum for faculty and students working on themes related to socialism and post-socialism, broadly defined (please see here).

My first book, School of Europeanness: Tolerance and Other Lessons in Political Liberalism (2018, Cornell University Press), examines efforts to instill liberal political virtues in Latvian public space and political institutions as part of postsocialist liberalization and democratization initiatives. The book argues that Eastern Europe should be viewed as a laboratory for the forging of post-Cold War political liberalism in Europe. The book’s chapters focus on: the moral landscape surrounding the history of European colonialism, Soviet socialism, and Latvian nationalism; minority politics; critical thinking; injurious language; and asylum politics and border control. The book shows that Europe’s contemporary liberal democratic polities are based on a fundamental tension between the need to exclude and the requirement to profess and institutionalize the value of inclusion. It also provides insights with regard to the current crisis of political liberalism from a moment in time when its proponents were still confident and from the perspective of a place and people that were thought to have never been liberal.

My second book, The Great Departure: Staying and Leaving After Postsocialism (in preparation) is an ethnographic study of the formation of post-Soviet capitalism and European integration in the Latvian countryside. It analyzes leaving and staying as tactics of life in conditions of deindustrialization, ruination, and the emptying of the Latvian countryside. I examine how individuals who have experienced the economic and political transformations of the last twenty-five years understand the logic of post-Soviet capitalism and craft their lives on the basis of this understanding.

I am also developing two new research initiatives. The first one, entitled “Border Fences: Mobility, Infrastructure, and Geopolitics in the Latvian-Russian Borderlands,” entails an ethnographic study of the border fence being built on the Latvian-Russian border. Depending on the perspective, the border fence is simultaneously claimed to be part of border infrastructure, a technology of governing migration, and a symbolic demarcation of post-Cold War geopolitical formations. The project will investigate all three of these interlinked dimensions of the Latvian border with a view towards examining the concrete practices, as well as the ideological and political contradictions and tensions, of building a liberal democratic state at the outer edges of a state that is itself the outer edge of the “international liberal order.”

The second research initiative, entitled “Emptiness and Empire in the Latvian-Russian Borderlands,” will expand research beyond the investigation of the border fence and will study the relationship between geopolitical shifts and the economic and social life of a nearby border village since it first emerged in the middle of the 19th century within the political boundaries of the Russian Empire and around a railway station on the St. Petersburg-Warsaw railway line. Since the collapse of the Soviet Union, economic and social life in the village has dwindled, leaving half of the homes empty and conjuring up a haunting sense of emptiness for those who still remain living in the village. On the one hand, this project will be a historical ethnography of the Soviet past from the perspective of the post-Soviet future. On the other hand, it will be a conceptual exploration of emptiness and modernity. 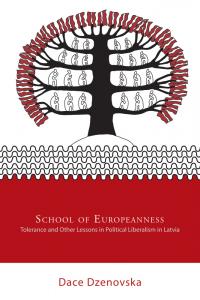 (2018) “‘Latvians do not understand the Greek people’: Europeanness and Complicit Becoming in the Midst of Financial Crisis” in Loftsdóttir, K., Smith, A. L., and Hipfl. B. (eds) Messy Europe: Crisis, Race, and Nation-state in a Postcolonial World, Berghahn Books

(2018) "The (In)significance of Latvia in the Battle Between Good and Evil." Hot Spots,Cultural Anthropology website, April 25, 2018

(2018) School of Europeanness: Tolerance and Other Lessons in Political Liberalism in Latvia. Cornell University Press.

(2017) “’We want to hear from you’: reporting as bordering in the political space of Europe”. In De Genova, Nicholas (ed.) The Borders of “Europe”: Autonomy of Migration, Tactics of Bordering. Duke University Press.

(2012) “Don’t Fence Me In: Barricade Sociality and Political Struggles in Mexico and Latvia.” (Co-authored with Iván Arenas). Comparative Studies in Society and History 54(3): 644-678.

(2012). Departure and Emptiness in the Latvian Countryside: Between Lost and Possible Futures (in Latvian). Rīga: Turība. Available here.