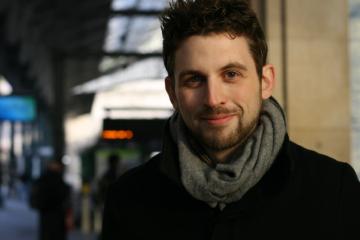 Dr Christopher Kavanagh is a postdoctoral researcher at the Institute of Cognitive & Evolutionary Anthropology. He earned a BA in Study of Religions (2006) and an MA in Social Anthropology (2007) at the School of Oriental Studies (SOAS) in London, before moving to Oxford were he completed an MSc in Evolutionary & Cognitive Anthropology (2011). He was awarded his DPhil in Anthropology (2016) based on his thesis 'Individual Pains & Social Gains: The Personal & Social Consequences of Collective Dysphoric Rituals'. During his DPhil, he worked on the ESRC 'Ritual, Community & Conflict' project (2011-2017) and he now works as a postdoctoral researcher on the ERC funded 'Ritual Modes’ project led by Prof. Harvey Whitehouse. Chris’ research focuses broadly on collective rituals and their impact on social identity and group orientated behaviors, using a combination of field and lab based experiments, online surveys, and traditional ethnographic methods. He specializes in East Asian syncretic religious environments and is an enthusiastic advocate for improved standards in experimental design and data analysis. He can be reached via email (christopher.kavanagh@anthro.ox.ac.uk) or (sometimes) on Twitter.