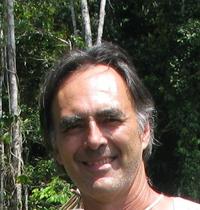 Alejandro Reig (DPhil 2014, MPhil 2006, University of Oxford,) is a researcher, consultant and applied researcher focused on Society-Environment interactions, from the perspectives of Social Anthropology, Political Ecology and the Anthropology of Health. He has carried out research in the Venezuelan Amazon since the early 1990’s, engaged with several Venezuelan institutions, as the National Science Museum, the Centre for Tropical Health Research CAICET and Fundación La Salle de Ciencias Naturales. His doctoral research in Yanomami landscape and place-making was undertaken between 2007 and 2011 in the Upper Ocamo basin of the Venezuelan Amazonas State, as part of a CAICET project on river blindness in the Amazon region. His research interests include Indigenous conceptualizations of Nature, Yanomami Language and Culture, Anthropology of Lowland South America, Spatial Anthropology, the Anthropology of Development and Environmental Humanities. He has published on issues of Venezuelan regional cultural identities, the exploration of the Venezuelan Amazon Region; the National Parks System; Yanomami space, education, health and mobility. He has been an invited lecturer at the Anthropology Master’s Program of the UAB, Universidad Autónoma de Barcelona between 2014 and 2019, and as been engaged since 2017 on a consultancy for CAICET and the Onchocerciasis Elimination Program for the Americas-Carter Center (OEPA), on issues of Yanomami Mobility in the Venezuela-Brazil border.

He has a wide experience in scientific museology, conceptualising exhibitions and museums in Venezuela and Colombia and leading a museum on society-environment relations in Venezuela. He has collaborated with indigenous health programs and the design of culturally sensitive models of healthcare; has undertaken editorial work on indigenous language publications, directed community conservation educational projects and produced a number of videos on indigenous health and culture for UNICEF. He also collaborates with two NGOS working on socio-environmental issues in the Venezuelan Amazon region.

His doctoral thesis explored place and landscape-making among the Shitari Yanomami under the guidance of Dr Laura Rival and was supported by a Porticus Foundation Grant via the Wataniba socio-environmental affairs workgroup. This work contributes to anthropological debates on Amazonian place-making, movement and identity by focusing on a society which, far from privileging the spatial appropriation of ancestral landscapes, emphasizes mobility and periodic re-settling. His current research advances along two major complementary lines: one on transformations in indigenous territoriality and state governmentality in the Amazon region; and a second one on indigenous place-making and landscape management.

In the first line of research, he is working on a project on the dynamics of transformation and revalorization of the environment by the Upper Orinoco Yanomami in the current conjuncture of state expansionism and friction with local and global extractivism. This project aims to create a comparative platform for discussion and exchange on topics of indigenous Amazonian contestation and reformulation of development policies and livelihoods, and is engaged with the most recent work of Dr Laura Rival on Huaroani transformations. Regarding the second line, he is designing a research project on the relationship between transformations in Yanomami patterns of sociality following increased relations with outsiders, as expressed in changes in the spheres of village morphology, gardening and foraging. This enquiry on the creation and transformation of Amazonian domesticity and its manifestations in residential place-making, livelihood strategies and the socialization of the forest is linked with Dr Elizabeth Ewart´s work on Amazonian sociality and space, as well as with Dr Rival´s research on Amazonian productive landscapes.

(in preparation) Co-edition, jointly with Johanna Gonçalves Martín of Special issue on Indigenous Health Agents in Latin America for Tipiti, Journal for the Society of Anthropology of Lowland South America; Introduction.

Landscapes of Desire and Tobacco Circulation in the Yanomami Ethos', in Russell A. & Rahman, E. (eds) The Master Plant. Tobacco in Lowland South America. Bloomsbury Academic, 2015.

Review of State Healthcare and Yanomami transformations: a symmetrical ethnography. José Antonio Kelly, The University of Arizona Press, 2011. Tipití: Journal of the Society for the Anthropology of Lowland South America. Volume 13 | Issue 1, 4/15/2015.

“The Orinoco headwaters expedition as a turning point in the development of external territorializations of the Venezuelan Amazon”. Cambridge Anthropology, 26 (2) 2006-2007 Cambridge, UK, pp 57-68.