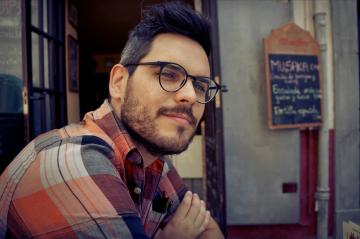 Research: My doctoral research looks at the religious dimension of social change in Guinea-Bissau  (West Africa) with focus on the growth of so-called world religions, particularly Evangelical Christianity. I utilize discussions on the concept of conversion as a template for my investigation focusing on the distinguishing particularities of the Bissau-Guinean case as well as its connections with broader global processes related to the rise of charismatic religion. I aim to understand the ways in which proselytisation and conversion takes place in a country characterised by a rather plural religious setting wherein people constantly navigate from one belief to another and, thus, to contribute with ongoing anthropological discussions on Christianity and religious change, particularly those related to the theorising of conversion and the relationship between Christianity and traditional (i.e. indigenous) religions. Furthermore, my research engages critically with the idea of "South-South Missions" - missionisation by countries of the Global South directed also towards countries of the Global South - as it is based on ethnography of a missions project carried out by a Brazilian Missionary Agency.

Other research interests: I am broadly interested in the history of Christian missions in Africa. My research also attempts to bring historical and ethnographic methods together as it looks at the history of Protestantism in Guinea-Bissau whose beginnings date back to the 1940s when the first Protestant mission was founded by British missionaries.