The Impact of Activism in Nepal

The project ‘The Impact of Activism in Nepal: An Anthropological and Historical Study’ was funded by the Leverhulme Trust and ran from 2002 to 2005. It aimed to understand the recent history of Nepal through research into the lives and social backgrounds of activists. Initially, it was envisaged that activists would be of three main types, religious, cultural-nationalist, or political, but, as research proceeded, a more complex and locally appropriate typology emerged with 14 possible categories (Gellner & Karki 2010). David Gellner was the PI of the project, Mrigendra Bahadur Karki was the full-time researcher, and gained his PhD as part of the project (Karki 2009), and Krishna Hachhethu was advisor and local supervisor.

“Activism – the practice of campaigning to re-make the world in line with a consciously articulated programme – is today a global phenomenon. Secular activism can no doubt be traced to the Enlightenment ambition to re-work the world in line with reason alone. Religious activism goes back even beyond that, to the missionary world religions, which aimed, to greater or lesser degrees, to reform or replace at least some traditional cultural practices in line with their soteriological vision. But even in the case of religious activism, it can plausibly be argued that there is a distinctively modern form of activism.” (Gellner & Karki 2007: 361)

“Activism of the modern type (i.e. excluding traditional religious reformers) may be said to have started in in the 1920s, ’30s, and ’40s, when it was severely repressed by the Rana regime. There were attempts to keep it strictly under control during the Panchayat regime (1960-90), when political parties were banned and for most of the time were forced to operate underground and/or by means of front organizations. During this period it was possible to found and run religious and cultural organizations providing they had no explicitly political content.” (Gellner & Karki 2007: 362)

The research involved detailed interviews with a range of activists of as many types as possible. In addition, a quantitative survey, covering 200 activists in Pokhara, 200 in Janakpur, and 400 in Kathmandu, was carried out (for a copy of the survey, see Gellner & Karki 2010: 145-52). The survey ran into trouble when the royal coup of 1 February 2005 happened in the middle of its final phase, but in the end it was possible to complete it successfully. 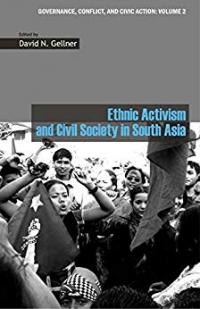 Some outputs of the project are listed below. 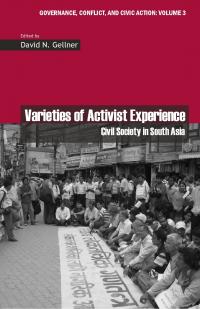 Karki, M.B. 2006. ‘Social Networking and the Recruitment Process among Activists in Nepal’ Contributions to Nepalese Studies 33(1): 33-72.