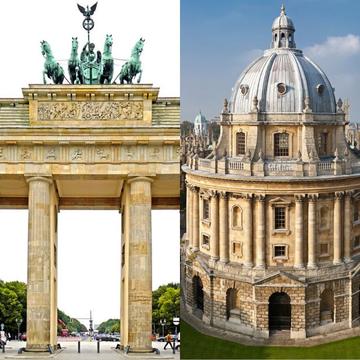 Whilst there is growing interest in the role of the local level in integration and inclusion, this has often focussed on larger cities with those considered to be ‘super-diverse’ more likely to engage in Europe wide networks to share best practice and influence policy.

This growing gap between larger cities and smaller cities and towns was the focus of a learning project bringing together researchers, policy makers and practitioners from the UK and Germany, supported by Oxford Berlin research partnership seed funding.

The project identified the needs, opportunities and traps of the urban governance of migration, inclusion, and cohesion and aimed to find ways for smaller cities and towns to develop their own strategies in this field. drawing on comparative expertise from both research, policy and practice in towns in the UK and Germany.

Whilst the policy frameworks on integration are very different, with the highly centralised context of the UK contrasting with a more regionalised picture in Germany, the learning exchange highlighted important areas of common ground and potential for sharing of expertise.

Notably, a key finding in both contexts was that whilst towns face significant integration challenges, they often lack the resources and capacity to proactively respond.

There is a clear role for greater peer based learning and networking between towns – though capacity challenges often inhibit this too. More than anything the project highlighted the need for greater awareness of the specific context of towns and smaller cities in the policy making and practice on integration, alongside highlighting practical examples of good practice.

The full briefing can be found here.

The project was funded by the Oxford Berlin research partnership.