Space and Society in Central Brazil 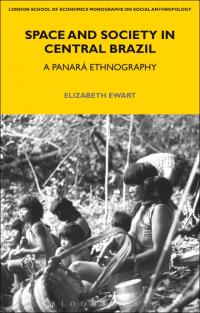 Space and Society in Central Brazil: A Panará Ethnography by Elizabeth Ewart

Hailed once as 'giants of the Amazon', Panará people emerged onto a world stage in the early 1970s. What followed is a remarkable story of socio-demographic collapse, loss of territory, and subsequent recovery. Reduced to just 79 survivors in 1976, Panará people have gone on to recover and reclaim a part of their original lands in an extraordinary process of cultural and social revival.

Space and Society in Central Brazil is a unique ethnographic account, in which analytical approaches to social organisation are brought into dialogue with Panará social categories and values as told in their own terms. Exploring concepts such as space, material goods, and ideas about enemies, this book examines how social categories transform in time and reveals the ways in which Panará people themselves produce their identities in constant dialogue with the forms of alterity that surround them.

Clearly and accessibly written, this book will appeal to students, scholars and anyone interested in the complex lives and histories of indigenous Amazonian societies