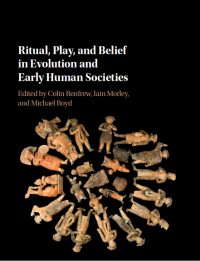 The origins of religion and ritual in humans have been the focus of centuries of thought in archaeology, anthropology, theology, evolutionary psychology and more. Play and ritual have many aspects in common, and ritual is a key component of the early cult practices that underlie the religious systems of societies in all parts of the world. This book examines the formative cults and the roots of religious practice from the earliest times until the development of early religion in the Near East, in China, in Peru, in Mesoamerica and beyond. Here, leading prehistorians, biologists, and other specialists bring a fresh approach to the early practices that underlie the faiths and religions of the world. They demonstrate the profound role of play ritual and belief systems and offer powerful new insights into the emergence of early societies.