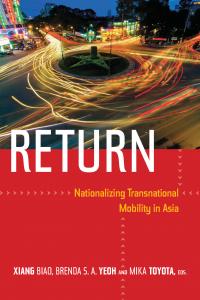 Since the late 1990s, Asian nations have increasingly encouraged, facilitated, or demanded the return of emigrants. In this interdisciplinary collection, distinguished scholars from countries around the world explore the changing relations between nation-states and transnational mobility. Taking into account illegally trafficked migrants, deportees, temporary laborers on short-term contracts, and highly skilled émigrés, the contributors argue that the figure of the returnee energizes and redefines nationalism in an era of increasingly fluid and indeterminate national sovereignty. They acknowledge the diversity, complexity, and instability of reverse migration, while emphasizing its discursive, policy, and political significance at a moment when the tensions between state power and transnational subjects are particularly visible. Taken together, the essays foreground Asia as a useful site for rethinking the intersections of migration, sovereignty, and nationalism.