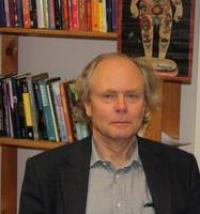 The School of Anthropology and Museum Ethnography is saddened to have to report the death of Nicholas (‘Nick’) Justin Allen, formerly Lecturer and Reader in the Institute of Social and Cultural Anthropology and Emeritus Fellow in the School.

Nick provided an account of his own intellectual career for the journal Ethnos in 2003 (Vol. 68/2, pp. 271-84). In it he recalls his descent from British army officers and other officials in India and the interest of his father, by profession a civil servant, in Celtic numismatics. Nick traced his interest in research primarily to his father, but it was his mother who gave him his enthusiasm for mountains and for climbing them, which later influenced his decision to do fieldwork in Nepal. He then goes on to describe his schooling, partly at Rugby, which led to some rather fitful medical training, partly at Oxford. This left him quite ambivalent about a medical career, which ultimately he was to reject as not for him. He then discovered a book in the home of a relative on the multi-disciplinary Torres Straits Expedition of 1898, which had included anthropology as well as more established disciplines and which gave his life a new direction. Nick then returned to Oxford to do a postgraduate diploma in anthropology, and he also joined the newly founded Linacre College, where he met his wife Sheila.

Nick’s supervisor for both the diploma and the subsequent doctorate, at least initially, was Rodney Needham, but partly for organizational reasons that were largely to do with Needham’s absences abroad, Nick also sought supervision from Christoph von Fürer-Haimendorf at SOAS. While waiting to go to the field he visited Paris, where he met Louis Dumont and the Nepal specialist Sandy Macdonald, who also had a considerable intellectual influence on him, as well as attending lectures by Georges Dumézil, who had an even greater impact on his own later research.

After returning from the field, getting married, finishing his doctorate and briefly working as a lecturer in Durham, Nick joined the Oxford staff in 1976, where he distinguished himself in both teaching and research. Both ended up being very extensive: in addition to his tutorial teaching and lecturing, and occasional administrative duties at his new college Wolfson, where he did a stint as vice-gerent, he had large numbers of doctoral students, while his publishing activities proceeded apace as well. Broadly speaking these latter activities revolved around three themes in particular: kinship, Indo-European studies, and the work of the early French anthropologist Marcel Mauss.

Retirement in 2001, slightly ahead of time, naturally ended Nick’s official role as, by now, a reader in social anthropology, but he continued his research interests and publishing activities, and was a frequent attender at institute seminars and functions, becoming known even to many later students who had never known him as a lecturer or supervisor and had only arrived at the Institute since his retirement. Indeed, Nick was an inveterate believer in the value of occasions like the traditional Friday seminar at the Institute as a short-cut way of keeping abreast with what was currently in the air. Unfortunately hearing problems later in life reduced the benefit of his attendance to him somewhat.

Nick long anticipated the circumstances of his own demise because of what had happened to close relatives of his, and although his illness was not easy to bear, he remained stoical until the end. He will be greatly missed by his family, colleagues and former students. The local journal, JASO, hopes to publish a fuller obituary in due course.