In June 2019, The Guradian released its annual university league tables and there was good news for the School. The tables, which are aimed at students who are trying to choose a course, listed both the BA in Human sciences and the BA in Archaeology and Anthropology as first in subject.

The full guide for 2020 is available here. 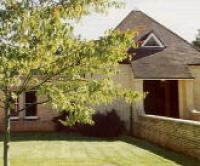 The Institute of Human Sciences took part in the alumni weekends again in both September 2018 and September 2019.  In 2018, Professor Stanley Ulijaszek, Professor of Human Ecology gave a very interesting presentation about physical activity, aesthetics and the built environment. In 2019, we were delighted to welcome back one of our alumni, Katrina Lythgoe, who is now a research group leader and Sir Henry Dale Fellow at the Big Data Institute, gave a fascinating talk about ‘The War on Viruses: From Molecules to Pandemics’. It was wonderful to see some of our alumni who attended the talks and also to meet alumni from other disciplines.

This year our UNIQ Summer School was expanded to take 24 students. It has been good to see a number students who have previously been part of the UNIQ Summer School go on to become successful applicants. We also held our usual Open Days in June and September which were very well attended.

We were delighted that Beth Plant, a third year Human Scientist won the Vice-Chancellor’s Social Impact award for Social Enterprise for her work as a social entrepreneur with United OxMak and SafeBangle, a safety start-up in Uganda which she co-founded. Another Human Sciences student, Fraser MacDonald-Lister, who completed his degree in 2019, was highly commended in the campaigns category for his work as a Movember ambassador.

Linda Sarfo-Gyamfi, a Human Sciences graduate from Magdalen College, who one of six Oxford students to be awarded a prestigious Schwarzman Scholarship, which is a graduate fellowship based in Schwarzman College at Beijing’s Tsinghua University. Linda, who graduated from Oxford in 2016, began her studies in Beijing this autumn.

Dr Andrew Gosler, Vice-Chair of the Institute, and Director of Studies for Human Sciences at Mansfield College, was made an honorary fellow of the American Ornithological Society for his exceptional ornithological eminence.

2019 marks the 50th anniversary of the University approving the establishment of a degree in Human Sciences with first students starting in 1970. The Institute is looking at how to mark 50 years of this unique interdisciplinary course and how to strengthen the degree in the future.

We have seen a significant increase in the number of candidates applying to study the degree this year which reflects our increased presence at Open Days across the UK.  Teaching staff from both schools led a very successful UNIQ Summer School on the theme of food and drink and three of the attendees have submitted applications to the degree. The Oxbow Prize for Fieldwork was awarded to Holly Fairgrieve (Keble College) The Final Honour School finalists celebrated the completion of their exams with staff and students at a garden party at the Institute of Archaeology on Friday of week 8. This year’s Meyerstein Prize for best overall performance was awarded to Alex Coombs (St Peter’s College) and the Archaeology & Anthropology Dissertation Prize was awarded to Leonie Hutch (St John’s College) for her dissertation titled: “Devouring Objects. Metaphor, Modernism and Modernity”.

2020 will be the 25th anniversary of the degree so expect to see lots of events and communications celebrating this milestone.

More details on the Archaeology and Anthropology BA degree can be found here.

The image shows using ochre to simulate cave art for one of the practical classes in the UNIQ summer school. 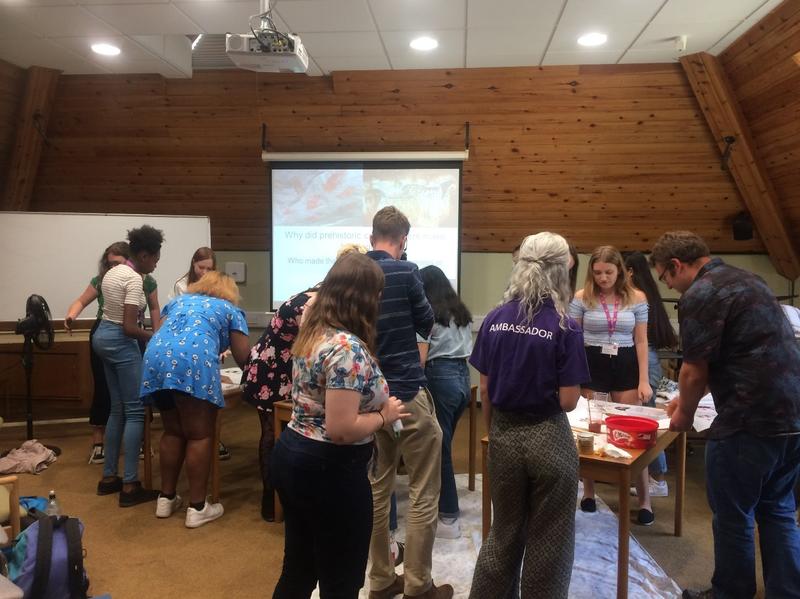