Chasing Shadows (2019) – A film by Roger Canals, based on research by Ramon Sarró and Marina Temudo

Chasing Shadows (2019) offers an intimate portrait of the current practice of the prophetic movement called Kyangyang in Guinea-Bissau. Kyangyang means “the shadows”, but its followers also call themselves “Children of God”. The members of the movement communicate with their ancestors and with God through prophetic writing, glossolalia, divination rituals, and spirit possession. Guided by the ancestors, they heal, guide and give advice in collective ceremonies. This film delves into the creative and poetic world of Kyangyang by giving voice to its members, young and adults, men and women. It also explores the relations between Kyangyang and Balanta cosmology and between the prophetic movement and the two main "world religions" in the country: Islam and Christianity, in its Catholic and Evangelical modes.

The film was selected for the 2019 ESRC Social Sciences Festival. It was screened and discussed with its director at the Institute of Advance Studies Forum, University College London, on 6 November (Chair: Helene Neveu-Kringelbach) and at the Pit Rivers Museum of Oxford on 8 November (Chair: Christopher Morton). 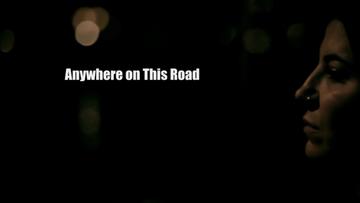 Anywhere on this Road is an insightful documentary which highlights the lives and journeys of 10 Kurdish women writers, poets, writers, moviemakers, theatre actors, activists, and public speakers and their struggle against the male-dominated cultural spheres in five European countries.

The aim of this story is to make the issue more accessible, using intimate human stories. This will positively reaffirm the importance of immigration and ultimately help us break prejudices, empower women, change misconceptions of Middle Eastern women in a bid to integrate society and spread a message of peace and politically harmony.

By going beyond stereotypical portrayals of Kurdish women either reflected as a victim of honour-based violence or someone who suffers war or violent conflict in any Kurdish region, Anywhere on this Road will be challenging all these stereotyping images of Middle Eastern women and put forth strong and competent migrant women images.

This documentary topic has been derived from the Marie Curie 2020 Horizon Fellowship to be conducted at the University of Oxford attributed to the academic researches funded by European Commission. Dr Özlem Belçim Galip, the co-director of this documentary, is based in the University of Oxford and is the recipient of this fellowship for the project entitled “From Kurdistan to Europe: Kurdish Literary, Artistic and Cultural Activism by Kurdish Women Intellectuals”.

The film will take place in 8 different European cities (London, Stockholm, Stuttgart, Nuremberg, Stockholm, Berlin, Brussels, and Paris) and Sirnak (South East of Turkey) and the viewpoints of 10 characters based in these cities in separate episodes. We will run parallel character narratives across each city and discuss their personal stories with these 10 women.

Our ultimate goal with this film by reflecting these women on the screen is to facilitate an admiration towards these women for their achievements, their role in society and ultimately cast light on European immigration and the positive effects immigrants have culturally, politically and societally.  Visiting each of these iconic European, we will demonstrate how our characters are positively impacting both their own people and the host society that they live with.

We have completed the shootings in Berlin, Stockholm and London, planning to complete the shootings by December 2019. We have managed to raise some money from personal donors to make the initial shooting. We will be applying for documentary funds and seeking for more donations at the same tıme. 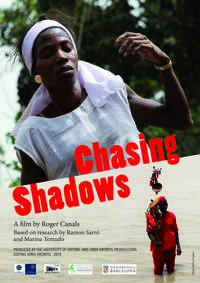