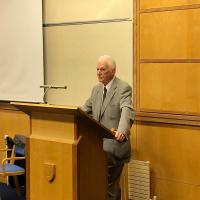 His Astor Visiting Lecture was entitled 'Words and Deeds' and in it he shared some vignettes from his recent fieldwork among African migrants living in Copenhagen, Amsterdam, and London in order to reflect on the cultural and strategic reasons why migrants
are often averse to speaking their minds, telling their stories, or sharing their feelings.

The Geoffrey Harrison Prize Lecture is awarded annually by the Parkes Foundation in Geoffrey Harrison's honour to persons who have made a substantial and sustained contribution to the study of human biology and especially biosocial sciences.

This year the prize was awarded to Professor Melissa Parker (London School of Hygiene and Tropical Medicine) who gave the inaugural Geoffrey Harrison Prize Lecture on 3 November in the Oxford University Museum of Natural History. The title of her talk was 'Ebola: A Biosocial Journey'. 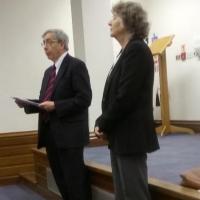 Professor Anne-Christine Taylor (Director of Research at the CNRS; emeritus) delivered the 2018 Marett Memorial Lecture on 27 April at Exeter College. Its title was: Individualism in the Wild: Oneness in Jivaroan Culture.

You can download and listen to the podcast and find out more about the lecture here. 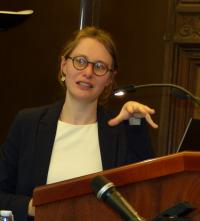 Archaeological data testify to the flourishing cultural development of Late Prehistoric communities during the last favourable interval in North Africa, before the large-scale desertification process that affected the Sahara around 3500 BC. This interval was also the moment for major transformations in the long-term history of Africa, with the adoption of pastoralism that made North African populations shift from a hunter-gatherer to a semi-nomadic pastoralist way of life. Based on the fieldwork I have conducted in the Eastern Sahara, this series of lectures aims to explore postPleistocene adaptations through the lens of transformations of the social world. How did the last hunters and the first pastoralists perceive and conceive the world and their relation to the world? What changes in their worldviews accompanied the development of the earliest African pastoralism? 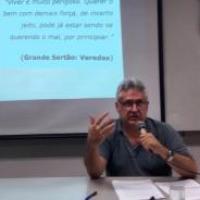 Professor Marcio Goldman (National Museum, Federal University of Rio de Janeiro, Brazil) joined the School as a TORCH Global South Visiting Professor in Trinity Term 2018. During his visit, Marcio contributed to our Departmental Seminar Series
with his talk: 'Why Are there always Candomblés? Situated knowledges of miscegenation and syncretism in Brazil', which examined the nature of so-called Afro-Brazilian religions.

Marcio argued that this field is marked by a fundamental socio-political concern: how to conceive a nation composed of too many differences — concern which is the reason for the central place occupied in the field by the topics of syncretism and miscegenation.
Finally, based on a contrast between the dominant theories on these themes and those we can find in the groups we study, he presented his position on the role of anthropology of Afro-Brazilian religions in this debate. 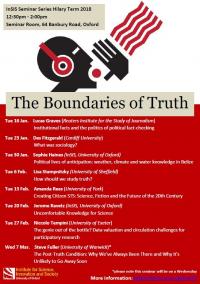 InSIS held its annual seminar series in Hilary Term, titled ‘The Boundaries of Truth’.  The seminars were well attended and more details can be found in the poster to the right.

Truth and its boundaries are again at the centre of political debate. Whether we have entered the vaunted “post-truth” world or find ourselves crafting new certainties, it is clear the boundaries of truth are being redrawn in increasingly explicit ways. This complex dynamic touches on questions of scientific legitimacy, different ecologies of expertise, the nature of political authority, and the role of new communicative media, to name a few key elements in the current conversation. Our Hilary Term seminar series featured scholars whose work speaks to some of the underlying trends at play, and whose research might help us characterize the problem with greater precision.

The Institute hosted a talk by Dr Tristram Wyatt on Human Pheromones as part of the University’s tenth alumni weekend in September. The talk was very interesting and attended by around 30 alumni and friends both from within Human Sciences and elsewhere. The students organised the second careers event at the end of Michaelmas Term bringing together contributions from alumni across four decades of Human Sciences showing the range of careers that our graduates have gone into from conserving Asian elephants to writing children’s books. The annual Symposium, again organised by the Human Sciences Society, was this year on the theme of ‘The Future’. This was one of the best attended Symposia of recent years and had an excellent line-up of speakers including Professor Ulf Hannerz from the University of Stockholm, Professor Iwan Morus from the University of Aberystwyth, Professor Nicky Clayton and Clive Wilkins from the University of Cambridge, and Dr Anders Sandberg from the Future of Humanity Institute. Another UNIQ Summer School was hosted by the Institute in July, attended by 15 students, and for the first time the School of Archaeology contributed to the programme. 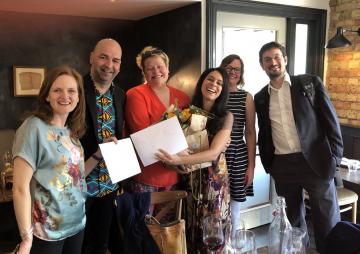 In April 2018 the ESRC Urban Transformations network organised a conference on ‘The Good City: Urban Transformation, Comparison and Value ’in Oxford. The conference provided a gathering space for researchers focusing on issues of comparative urbanism across global, European, and UK scales, and offered UT programme researchers an opportunity to summarize their work and benefit from the range of experiences to outline new methodologies and vocabularies for conducting comparative and future-oriented urban research.

In September 2017, the Global Exchange on Migration and Diversity convened their second Autumn Academy on Strategic Approaches to Migrants with Irregular Status in Europe. This annual symposium for senior public officials, NGO leaders, academic experts and foundations from across Europe provides a unique opportunity for those responsible for developing and implementing policies towards irregular (undocumented) migrants at the international, EU, national or city level to share their knowledge, expertise and ideas.