School Newsletter 2018 - Centre for the Study of Social Cohesion (CSSC)

As part of Harvey Whitehouse’s ERC Advanced Grant, researchers in the Centre for the Study of Social Cohesion (CSSC) continued to investigate the causes of violent extremism in the Middle East, Europe, and SE Asia, including a series of surveys designed with researchers in Indonesia working with fundamentalist religious groups and convicted terrorists in Javanese prisons.

In ongoing efforts to engage with politicians, NGOs, and policy specialists tackling intergroup violence, Whitehouse participated in a wide range of events including the European Business Summit in Brussels, Cumberland Lodge in Windsor Great Park, and meetings in the UK and India co-organized by Oxford’s Centre for the Resolution of Intractable conflict. This target article on the causes of extreme self-sacrifice (including suicide bombing) in Behavioural and Brain Sciences attracted 30 commentaries scheduled for publication over the summer. 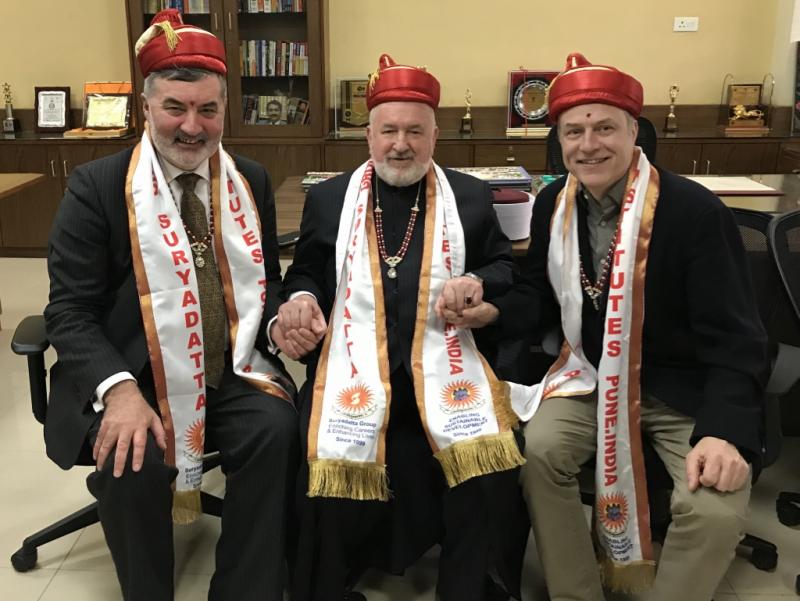 Former Head of the Alliance Party in Northern Ireland, Lord John Alderdice, and Grand Mufti of Bosnia and Herzegovina, Mustafa Cerić, link hands with Harvey Whitehouse at a meeting on ‘Deconstructing Terror’ in Pune, India (February 2018)

CSSC researchers also continued to study morality and religion cross-culturally as part of a large project led by Harvey Whitehouse and Jonathan Jong, funded by the Templeton World Charity Foundation. The project is collecting data on the relationship between religious and moral intuitions all around the world, in collaboration with local researchers. In this paper forthcoming in Current Anthropology, project researcher Oliver Curry heads up a study testing the theory of morality-as-cooperation in 60 societies based on statistical analysis of ethnographic reports. 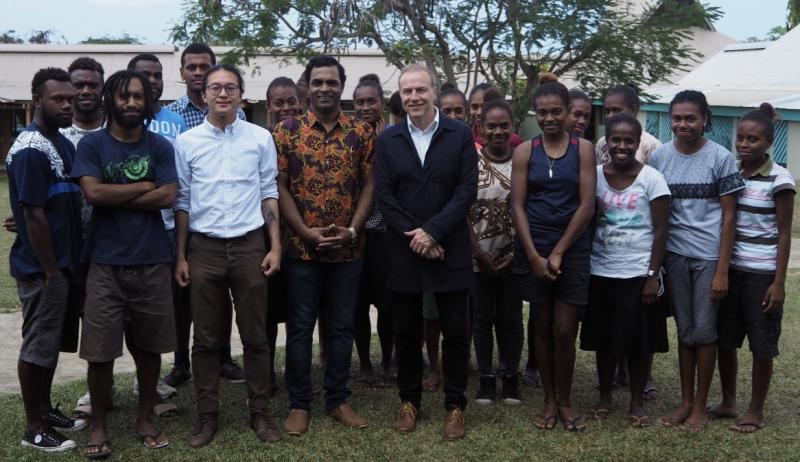 Meanwhile, two other researchers on this project, Yo Nakawake and Emily Burdett, are investigating why shamans, priests, and other religious and magical practitioners are often accorded moral or political authority in their societies. Do we have an innate bias to associate magical and moral and political power? They are investigating that possibility in studies with preverbal infants and young children and analysis of fairy tales cross-culturally. 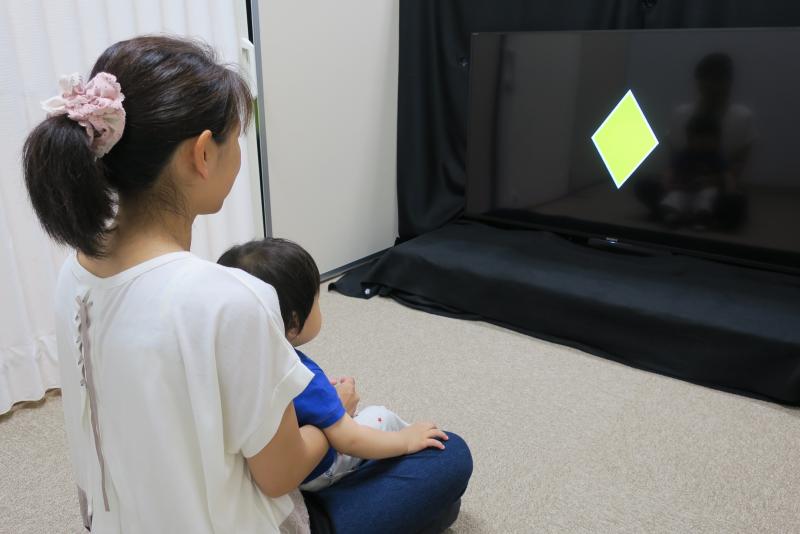 Yo Nakawake and Emily Burdett have also been exploring moral and magical motifs in world folktales. In folktales, moral and supernatural motifs often appear in the plot. For example, Cinderella was bullied by her stepmother and sisters, but with magical assistance she finally escaped from misery and obtained happiness. This magical story fits well with our moral intuition that the person in misery should be cared for. Some scholars have suggested that there is a meaningful association between supernatural and moral motifs, since reality does not always follow our moral intuitions; therefore these unrealistic stories are created as the counter-part of reality, thus enabling our moral intuitions to be fulfilled (Jolles, 1930/1958, Zipes, 2012). We are investigating this hypothesis by means of a statistical analysis of folktales sampled from various regions (e.g. Europe, Africa, East Asia, Pacific Islands, North and South America).

Tobiume is the legendry Japanese apricot tree located in Daizifu Tenmagu (Shinto shrine). According to legend, the tree flew from Kyoto and landed here, since the tree missed the master who was exiled from Kyoto to Dazaifu and decided to follow him. This tree is an example of supernatural/counterintuitive motifs appearing in religious myth or legends violating our intuition (Physicality: the tree flew against gravity; Mentality: the emotional tree moved by itself). This myth also contains a moral element, “respecting authority”, assumed to be one of the moral pillars acquired thorough the evolutionary process. 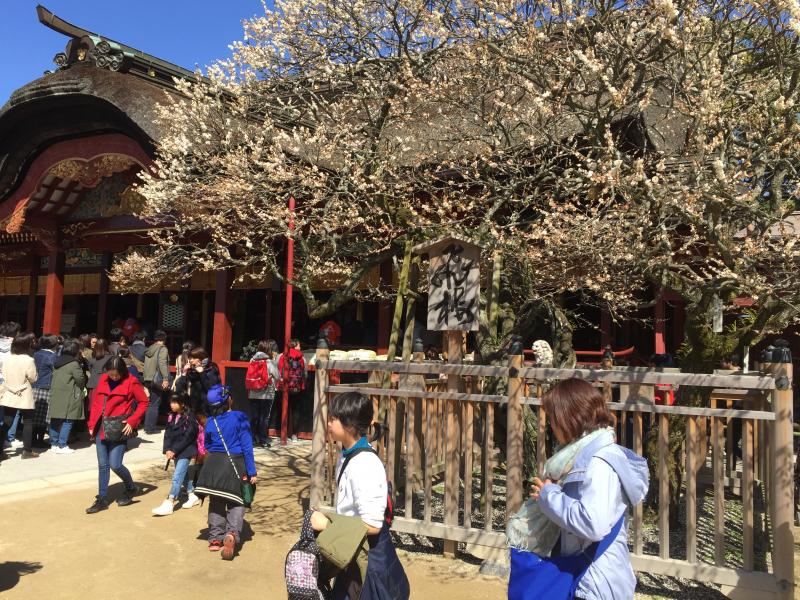 As part of the Templeton World Charity Foundation on Cognitive and Cultural Foundations of Religion and Morality, researchers including Aitana Willard have collected a multi-religious sample from Singapore to compare how karma-based and non-karma-based religions think about rewards and punishments in the afterlife and next life. The team has started some ethnographic research on a sample of Roma in the Czech Republic with the eventual aim to run economic game experiments comparing how people trust and cooperate with people who practise religion and magic from within and outside of the Roma community.