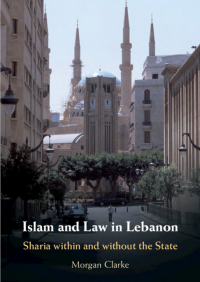 Morgan Clarke’s new book, Islam and Law in Lebanon: Sharia within and without the State, was published by Cambridge University Press in June 2018. The book represents the culmination of a decade’s research into the place of Islamic law within Lebanon’s unique confessional legal system, initially supported by a British Academy Postdoctoral Fellowship and a Simon Fellowship at the University of Manchester. Each of Lebanon’s eighteen official religious communities enjoys certain prerogatives, including jurisdiction over the family legal affairs of their members.

Morgan’s work has focused on two key communities, the Sunni and Twelver Shi‘i Muslims, and their systems of ‘sharia courts’. Sunni and Shi‘i Muslims wanting to get married or divorced, or ask for maintenance or custody rights, have to go through these courts, which apply the precepts of their respective schools of Islamic law. Only those who have conducted civil marriages abroad are able to avoid the religious courts, a matter of continuing concern for civil rights activists, who feel that such privileges undermine Lebanon’s coherence as a nation state. Women’s rights activists have also long criticised the patriarchal nature of the vision of religious law that the courts espouse. For the religious professionals who staff the courts, on the other hand, these tribunals represent a last foothold for religion in the life of the state. Muslim family law has become a lively and important topic in the wider Middle East and beyond. This book is the first to present a definitive account of its workings in Lebanon, based on many months of ethnographic fieldwork and close analysis of a wide array of court documents.

More than that, the sharia also has a life outside of the courts, in the discourse of scholars and preachers putting forward an independent vision of an Islamic life and society, whether as personal ethics or political programme. And there is a tension between the diversity of such projects outside of the state and the constraints intrinsic to applying the sharia as law in the state-sponsored courts. That tension, between an idealised vision of divine law and the realities of bureaucratic state legal practice, gives a dynamism to sharia discourse, which can lend itself to progressive critique as much as to shoring up the establishment. Morgan seeks to capture such tensions and the dynamism they create by focusing on the practices and dilemmas of Islamic religious professionals (shaykhs) at various points in their careers: first, a young Sunni shaykh just starting out as a preacher in a mosque in West Beirut; second, the judges, Sunni and Shi‘i, who preside over the sharia courts; and finally, a major scholar and political activist, in the form of Lebanon’s own (Shi‘i) Ayatollah Muhammad Husayn Fadlallah, known (somewhat misleadingly) to the West as the ‘spiritual guide’ of the Lebanese Hezbollah. The result is, he hopes, a unique, anthropological perspective on the current fierce debates over the relationship between Islam, the sharia, and the state. 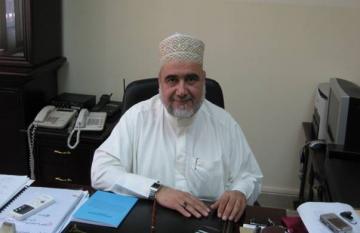 A judge in the Sunni sharia courts