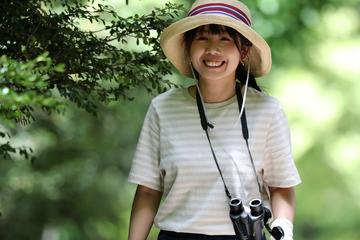 I received my Bachelor degree in Chinese Language and Literature from Beijing Foreign Studies University. I then undertook a Master degree in Gender Studies at University College London before coming to Oxford to study the Mphil in Medical Anthropology. My MPhil dissertation is a critique of the recent medicalisation of later-life-sexuality in Chinese medicine from the 1980s till the present day.

Since completing my undergraduate studies, my research has focused primarily on feminist critical discourse analysis. Inspired by Foucauldian insights of discourse as "practices of power/knowledge", I analysed how through the circulation of medical knowledge, individuals are disciplined by a certain regime of truth, and how the knowledge production contributes to the formation of individual subjectivities. My doctoral research, however, aims to invigorate my previous thinking of knowledge production by giving less attention to discourses, but to turn to scrutinise the generation of knowledge that is "immanent in the environment" (Ingold 2000) in everyday lives.

With urbanisation accelerating, urbanism as “a way of life” is increasingly criticised as keeping urbanites from connecting to the ‘natural world’. What are the chances of urban residents to lead a different life from what they are ‘doomed’ to by the environment, i.e., the concrete jungle deprived of any encounter with nature? What does ‘nature’ actually mean to urban Beijinger? Are there opportunities for alternative ways of perceiving, experiencing and relating to the urban space and to more-than-human beings which have been cohabiting with urbanites? My thesis tends to shed light on these questions.

Based on 13-month fieldwork in Beijing, I intend to contribute to the existing scholarship of urban anthropology by considering the city as a living landscape for more-than-human assemblages of entangled ways of life. I will work with a group of urban nature-lovers, focusing on their various practices of observing, recording and classifying, or in general getting to know the natural environment in the city in their daily lives. Their activities include bird-watching, observing plants and insects, keeping nature journals, reading books of the local natural history, cloud-watching and so on.

First, this thesis incorporates an ethnobiological concern by featuring the remarkably rich and often unseen presence of flora, fauna and climate in the city of Beijing. Methodologically speaking, I will take advantage of what Anna Tsing proposes the “new alliance” of ethnography and natural history (Tsing 2015). Second, drawing on the idea of atmosphere. I hope to grasp the affective and fleeting, yet noticeable processes and fluxes which are bound up with people’s cross-species encounters in the city. I am interested in what ways the more-than-human atmosphere plays a role in organising city dwellers’ sense of self and social relations. Last but not least, my thesis aims to explore the potential power of these spatial practices of getting to know the natural world in the city, to open up new possibilities of “inhabiting” (Lefebvre 1968) as opposed to merely “being in” the city. I will argue that these practices may spark new energies to engage in the production of urban space, and in so doing constitutes Beijing urbanites as active agents.