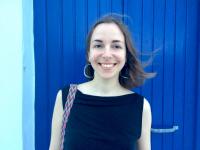 I am a social anthropologist (DPhil Oxon, 2018) with a main area focus on Brazil.

Drawing on long-term ethnographic field research with quilombolas in Maranhão, my doctoral thesis, titled ‘Children of the land and children of the Saint: religion, heritage, and territoriality in a Brazilian quilombo’, focused on Afro-Brazilian grassroots political organisation around collective land rights. My doctoral research formed part of the project ‘Currents of faith, places of history’, funded by the Humanities in the European Research Area (HERA). During that time, I was also Visiting Researcher at the Museu Nacional, Federal University of Rio de Janeiro (UFRJ).

Currently, my research interests lie at the intersection of politics and religion, and include questions of far-right populism, ethnic and religious minorities, disinformation campaigns and conspiracy theory.

A link to a podcast series on Brazil that I have produced and hosted.