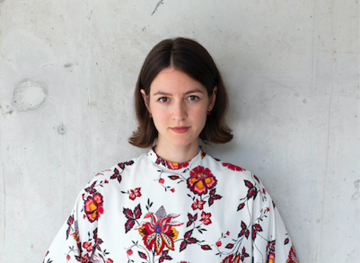 Julia Ebner is a researcher specialising in radicalisation, cumulative extremism and terrorism prevention. She is currently conducting her DPhil project at the Centre for the Study of Social Cohesion. Building on existing research from the fields of cognitive anthropology, social psychology and communication studies, the aim of her project is to gain a better understanding of online radicalisation.

After completing a dual master’s degree in international relations and history at LSE and Peking University, Julia worked as a researcher for Quilliam and the Institute for Strategic Dialogue for four years. On the basis of her research on extremist movements and activities in the UK, Europe and North America, she advises parliamentary working groups, security agencies and tech companies. On the side, she works as an investigative journalist and writer, regularly contributing to The Guardian, The Independent, The Washington Post and other outlets. Her first book The Rage: The Vicious Circle of Islamist and Far-Right Extremism (I.B. Tauris, 2017) received the 2018 Bruno Kreisky Award for the Political Book of the Year 2018 and was translated into several languages. Her second bestselling book Going Dark: The Secret Social Lives of Extremists has been long-listed for the 2020 Gold Dagger Award and its German edition won the "Science Book of the Year 2020" prize ("Wissenschaftsbuch des Jahres 2020").