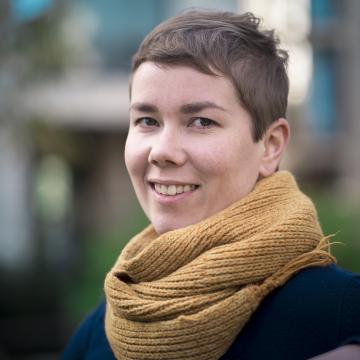 Thesis: States of Displacement: Involuntary migrants from Donbas in Ukraine and Russia

Research: My research focuses on the outcomes of the armed conflict in Donbas, Eastern Ukraine, from the point of view of the civilian population forced to leave their homes. Despite pledges from both Ukraine and Russia to protect civilian populations affected by the war, forced migrants are faced with legal ambiguities and problems with subsistence in both states. They are being pushed out of capital regions where the chances of finding work are the best, they fail to receive their social benefits, and cannot resettle freely. At the same time, the migrants themselves tend to insist on discussing their problems outside of politics, not addressing them in a framework of nationalism or ethnicity.

This opens up a host of interesting questions I explore in my research. How do undocumented migrants from Donbas navigate a landscape of legal ambiguities in Russia and Ukraine? How do they make sense of their own movement? What are forced migrants’ typical routes inside or between Ukraine and Russia, if such exist? If not in a political framework, how do the forced migrants see their own place in all this? How do the states of Russia and Ukraine relate to migration from Donbas, and what might their attitudes mean for our understanding of migration regimes, borders, and states in the post-socialist space?

Previous education: Master of Philosophy (MPhil) in Russian and East European Studies, University of Oxford (2017) and Master of Social Science in Social and Cultural Anthropology, University of Helsinki (2014).

Associate Professor in the Anthropology of Migration