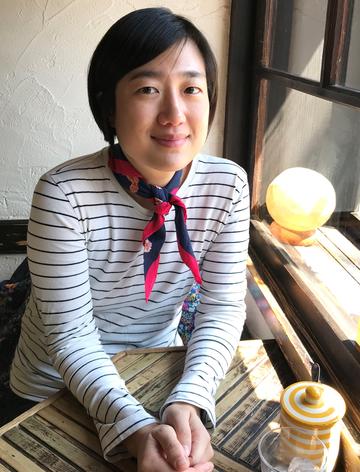 Sonia Lam-Knott is a sociocultural and urban anthropologist, whose work addresses the interplay of politics, history, and space in contemporary Asian cities. Of particular interest are how citizens experience their past and present socio-political landscapes, along with their aspirations for the future.

She completed her DPhil in Anthropology at the University of Oxford in 2015, with her thesis titled ‘The Protesting Youths of Hong Kong: Post-80s Reimaginings of Politics through Self, Body, and Space’. Based on 18 months of fieldwork in Hong Kong, this work examined why and how the current generation of young people in the city have mobilised, by first articulating their critiques towards existing political structures and state-society dynamics, and then by reviewing their multifaceted attempts to produce a novel political subjectivity in the city. It found that young people move away from collectivist modes of protest, and embrace creative cultural practices in expressing their political messages. These youths also expressed a nostalgic attachment to old urban neighbourhoods, which was used as a resource in their spatial experimentations towards envisioning an alternative reality.

These observations prompted her to pursue a project titled ‘The Politics of Nostalgia: Competing Historical Narratives in the Urban Heritage Practices of Postcolonial Hong Kong’ during her Postdoctoral Fellowship at the Asia Research Institute of the National University of Singapore (NUS), from 2017 until 2019. This project looked at government and civil society heritage initiatives, noting the different aesthetic practices they used to construct and convey historical narratives through the urban landscape. At NUS, she was also a co-investigator for an interdisciplinary research project that explored the heritage of Singapore’s Southern Islands using archival and ethnographic methods, which resulted with an academic workshop, museum exhibition, and heritage walking tour.

As a Research Affiliate, she will be working on a monograph titled Multiple Pasts in Hong Kong Museums, which will analyse changes to Hong Kong’s landscape of remembrance, and how narratives of the city’s past have been represented and interpreted, from the colonial to the postcolonial eras.