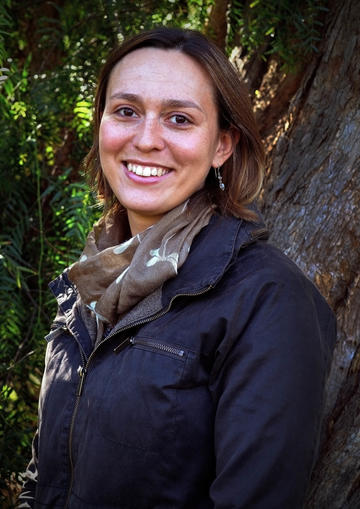 Sarah Bourke is a Research Fellow with the National Centre for Epidemiology and Population Health at the Australian National University (ANU). She is working with the Mayi Kuwayu National Study of Aboriginal and Torres Strait Islander Wellbeing, a national epidemiological study exploring the social and cultural determinants of health for Australia's Indigenous peoples. Sarah is an Aboriginal woman born and raised in Canberra, Australia, and is descended from the Gidja people of Western Australia and the Gamilaroi people on the border of Queensland and New South Wales. She completed her undergraduate studies at ANU in biological anthropology and psychology before being awarded a General Sir John Monash Scholarship and a Roberta Sykes Scholarship to study for an MPhil in Medical Anthropology with Keble College at Oxford. She was then awarded a Roberta Sykes Scholarship and a Chevening Scholarship to continue on at Oxford for a DPhil in Anthropology at St. John's College, under the supervision of Professor Stanley Ulijaszek.

Sarah's doctoral thesis utilised an Indigenist research framework to ethnographically examine the historical, social, and political factors which influenced the development of the Mayi Kuwayu Study and its emphasis on 'measuring' culture. During her fellowship, Sarah plans to continue her work building an Indigenous-led research agenda exploring what helps Indigenous individuals, communities, and cultures thrive. As a postdoctoral affiliate with SAME, Sarah hopes to network with researchers from across the School interested in understanding cultural determinants of human health in diverse populations.