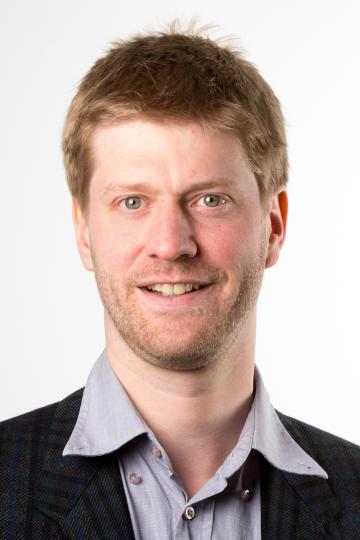 Associate Professor in Cultural Evolution at the University of Oxford, a Fellow of St Cross College, and Director of Studies in Human Sciences at Regent's Park College.

Dr Pieter Francois is the Deputy Director and Senior Researcher of the Centre for Study of Social Cohesion and the Founding Director of the Seshat: Global History Databank. Over the past seven years the Seshat project has attracted several multi-million grants of which Dr. Francois is usually the Co-PI or Co-I. These grants include an ESRC Large Grant ‘Ritual, Community, and Conflict’, a Horizon2020 grant ‘ALIGNED: Quality-centric Software and Data Engineering’, and an ERC Advanced Grant ‘Ritual Modes: Divergent modes of ritual, social cohesion, prosociality, and conflict (PI Harvey Whitehouse)’. He is also the PI and overall Lead of the Freedom of Religion or Belief Leadership Network (UK Aid).

Dr Francois is a Senior Fellow of the Centre for the Resolution of Intractable Conflict (CRIC).

During the period 2018-2022 he was Director of Studies in Human Sciences at St Benet’s Hall and since 2022 he holds the same position at Regent’s Park College.

Dr Francois is a leading scholar in the field of Digital Humanities with a particular strength in designing large-scale collaborative projects. His research fits within two broad strands. A first strand focuses on novel ways to integrate the social sciences and the humanities. He is especially interested in fostering such a consilience between the disciplines of history, cultural evolution and the digital humanities. His Seshat project brings together historical and archaeological Big Data to study changes playing out over long timescales, usually millennia. He has worked and published on such fundamental changes in the evolution of social complexity, ritual and ritualistic behaviour, warfare, and levels of inequality.

A second strand of his research focuses on applying a digital humanities approach to the study of nineteenth century travel, migration and history of the book. In 2013 he won the international British Library Labs competition with his ‘Sample Generator for Digitized Texts’. He is currently working on nineteenth-century British travellers to the Continent and on nineteenth-century intercity migration within Ostend, Belgium. He is also a Member of the Management Committee of Cost Action ‘Distant Reading for European Literary History’.