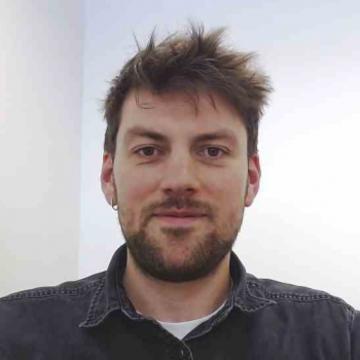 Martin Lundsteen is a Carlsberg Foundation Visiting Fellow at the Centre for Criminology, and Carlsberg Junior Research Fellow at Linacre College.

He currently works on the project Contested Belongings: Emerging Bordering Practices in the EU. A research project funded by the Carlsberg Foundation which will study the societal effects of so-called bordering practices, i.e. how social boundaries are being constituted and enforced through the socio-cultural and political use of crime and criminalization in two European metropolises. The fieldwork consists of a 6-month comparative ethnographic investigation of emerging bordering practices in two opposing contexts: Copenhagen, Denmark, and Barcelona, Spain.

His PhD Conflicts and Convivencia: An Ethnography of the Social Effects of "The Crisis" in a Small Catalan Town was deeply influenced by the Manchester School of Anthropology in its proposal for a multi-scalar extended case approach. It deals with migration and urban studies in a critical and novel way. It was built on a large amount of fieldwork carried out in different parts of Catalonia since 2009, and specifically in the spatial contexts of small to medium towns. The work rested upon an extensive ethnographic fieldwork (2011-2014) in a small Catalan town, Salt (Girona). Several methodological tools were employed such as in-depth interviews, participant observation, mapping, and archival work, to analyse micro, meso and macro aspects of social conflicts in the small town, that is, the local discourses and understanding of migration and urban change, local-global processes of production of space and place-making in relation to the macro processes of migration, economic crisis and social transformation, and, finally, the political and policing responses to these changes and the social conflicts emerging at local level.

Currently Martin is working on the book version of this, to be published with Rowman and Littlefield International in their series Challenging Migration Studies: Conflicts and Convivencia. A Critical Ethnography of Migration and Urban Transformation in a Small Catalan Town.

Martin is an active member of the Research Group on Reciprocity (GER), the Observatory for the Anthropology of Urban Conflict (OACU) and the Association Stop Islamophobia (SAFI). He has held visiting positions at COMPAS, Loughborough University, and the University of Copenhagen. He has participated in several research projects on Islamophobia and anti-Muslim racism, moral economies and perceptions of justice in the context of economic crisis, and peripheral religiosities, and has published on several subjects such as critical studies of race and ethnicity, Islamophobia and anti-Muslim racism, and migration and ‘super-diversity’ in relation to urban studies.

For further information and a list of publications, please visit Martin's webpage on the Faculty of Law's website.