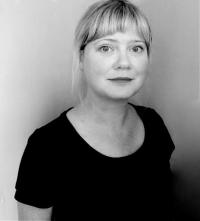 Emilie Le Febvre is an anthropologist of the Middle East with expertise in visual history and digital culture at the University of Oxford’s Institute of Social and Cultural Anthropology, where she is a Research Affiliate.

Her research bridges the humanities and social sciences in order to complicate understandings of Bedouin history and society in the Middle East. Initially trained as an archaeologist, she uses ethnography to critically explore how local histories and tribal-kin relationships have shaped and been shaped by peripheral people’s heritage practices, digital media, and visual history in the conflicted region.

Le Febvre completed her DPhil in the Anthropology at the University of Oxford. She also holds a MSc in Visual Anthropology (Oxford) and MA in Middle East Studies (Ben Gurion University of the Negev). She is currently working on her book titled The Persuasive Presence of Images for Bedouin in the Negev. Based on her doctoral research, the work is the first ethnography of the Middle East describing how Bedouin are influenced by and purposefully use images to construct their own histories and represent their society to others.  Le Febvre has published on topics of tribal history, visual anthropology, archival practices, gender, and activism in the Palestinian-Israeli context. This includes a co-authored book Palestinian Activism in Israel: A Bedouin Woman Leader in a Changing Middle East (Palgrave Macmillian 2012) and articles in History and Anthropology and the Royal Anthropology Society’s Special Anthropology and Photography Series.

Le Febvre has received several awards for her research among them are the Palestinian American Research Committee Fellowship (2011-2012), Wenner-Gren Dissertation Fellowship (2012-2013), and The British Society for Middle Eastern Studies’ Leigh Douglas Memorial Prize for the best PhD Dissertation on a Middle Eastern topic in the UK (2017). She has taught courses on socio-cultural anthropology, visual ethnography, Islam, kinship, gender, and politics of the Middle East. In addition to her academic efforts, she works as a grant writer and research consultant for NGOs, research projects, and exhibitions focusing on cultural heritage, minority women, and indigenous politics.

Areas of expertise: Anthropology of the Middle East; construction of history and sociality; visual/digital/material practices; photographic heritage and archives; digital media and story-telling; activisms and identity politics; and ethnographic and visual theory.