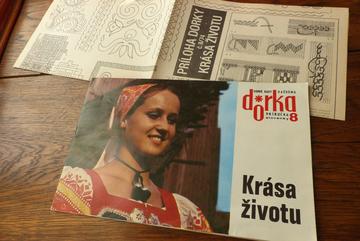 Scholars often observe that communist states In Easter Europe appropriated the ‘folk’ traditions in support of their own ideological legitimacy, presenting appropriation primarily as a process of cultural dispossession. In this talk, I seek to problematize this approach by throwing light on a different set of mechanisms and discourses through which these regimes transformed and popularized vernacular culture. Focusing on the promotion of vernacular textile crafts in post-1968 Czechoslovakia, I show how the authorities successfully promoted traditional needlecrafts as a popular kind of amateur arts, exploring their attempts to create a moral and aesthetic synthesis between the material culture of the peasantry and modern, socialist domesticity. Along the way, I use the material to interrogate a number of concepts and categories in the study of material culture, most importantly the notion of kitsch.