Earlier generations of anthropologists tended to focus on human environmental adaptability in a wide range of ecosystems and climates. More recent anthropological research has instead prioritized the spatial possibilities afforded by deterritorialization and globalization at many scales. ‘Nature’, which has always functioned as a repository of social ideas and political values, is being recast through a multiplicity of global environmental change discourses. The landscapes that people inhabit embody forms of agency beyond full human control, and anthropologists are increasingly urged to engage in interdisciplinary work. What people actually mean or desire when they talk about stability and/or transformation has become much more contingent.

Is environmental change limiting the human imagination, or are people using their imagination to adapt to the changing climate? Where weather extremes are already affecting livelihoods and ecological practices, what contests and transformations are they triggering? If place and mobility are mutually constitutive (mobility everywhere depends upon dwelling in specific places), what movements will take place on a rapidly changing earth, and what dwelling projects will succeed in an increasingly uncertain atmosphere? We invite contributions on the roles that ethnographic knowledge and anthropological imagination continue to play in an era bound to involve fraught politicized disputes about ways to live with environmental change. 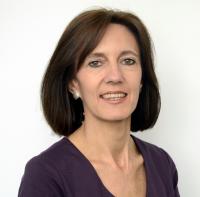 Melissa Leach is Director of the Institute of Development Studies (IDS) at the University of Sussex. She founded and directed the ESRC STEPS (Social, Technological and Environmental Pathways to Sustainability) Centre (www.steps-centre.org) from 2006-2014. As a social anthropologist she has carried out long-term ethnographic fieldwork in West Africa while engaging with global discourses and debates around environment, health and development. She has led numerous interdisciplinary, policy-engaged research programmes in Africa and beyond. Amongst external roles, she was  vice-chair of the Science Committee of Future Earth 2012-2017, lead author of the 2016 World Social Science Report 2016 on Challenging Inequalities and the UN Women’s World Survey on the Role of Women in Economic Development 2014, and is a member of the International Panel of Experts on Sustainable Food Systems (IPES-Food). In 2014-16 she co-led the award-winning Ebola Response Anthropology Platform. For more information, click here.

Our entry into the Anthropocene (and associated ‘cenes’ – from Capitalocene to Chthulucene) arguably signal new ways of being in/with nature, and understanding and imagining our past, present and future – not least by anthropologists. In previous eras relations and anxieties were often configured in terms of a (biblical) ‘fall’ from grace or harmony, with (divine) intervention disrupting natural orders, or in terms of ‘progress’ towards modernity, harnessing or overcoming natural forces. Yet the Anthropocene suggests an era of co-emerging socio-natures, in which as humans we cannot escape our agency and responsibility, but must acknowledge its inter-negotiation with multiple species, ecological and atmospheric processes. Is this indeed a fundamental shift- and what are its ontological, cosmological and political dimensions and connotations? What imaginations and practices are implied around time and its (non) linearity, and place-based socialities (one anthropocene or many?) How and how far are discourses and practices around environment and health – as a central focus of public, political and indeed anthropological concern – being reconfigured anthropocenically – for instance as ideas of epidemic as fall and disease control as progress are joined by, inter alia, notions of planetary health, one health, and multi-species socio-ecologies of zoonosis? What social and political implications follow – for our relations with each other and with non-human nature?