Stanley Ulijaszek interviewed in this week’s Newsweek on ‘Why BMI Can Be Misleading, and You Can Be Healthy and Overweight’ 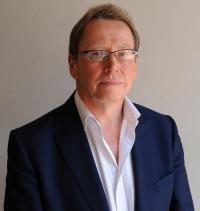 Stanley Ulijaszek was interviewed in this week’s Newsweek on ‘Why BMI Can Be Misleading, and You Can Be Healthy and Overweight’ in relation to United States President Donald Trump’s rise into the body mass index category of obese.

After gaining a few pounds since last year’s physical, President Donald Trump has inched into obesity, with a body mass index (BMI) of 30.4. But Physician to the President, Sean Conley, reported the leader was in “very good health” when he released the results of his latest physical exam on February 8. These two points might seem contradictory, but experts say BMI isn’t a good indicator of health for individuals. So what is the widely-used index, and what can it really say about our bodies? At 30.4, Trump’s BMI is just above the average for U.S. men over the age of 60 (29.2), according to a recent Centers for Disease Control and Prevention report using 2015-16 survey data.

There are several reasons BMI can miss the mark when it comes to your health. For one, it doesn’t distinguish between fat and muscle. So if you work out often and build up a lot of muscle, BMI may overestimate your level of fatness, Stanley Ulijaszek of the Unit for Biocultural Variation and Obesity at the University of Oxford, told Newsweek. If you live a very sedentary life, it may underestimate it instead, he said. And it’s not just the amount of fat you carry that’s important for health. Where that fat sits is key. “Visceral fat” that sits in the abdomen and the liver is particularly dangerous, Ulijaszek said. Although it’s difficult to know how much fat is stored in your liver, waist circumference can provide a “reasonable guess” as to abdominal fat, Ulijaszek said. Waist-to-height ratio is also gaining traction as an indicator of heightened obesity-related risk.

BMI was accepted by the WHO for international use in 2000 and touted as a tool to help understand obesity prevalence within and between populations, evaluate public health interventions and more, according to Ulijaszek. “That’s a lot of work that BMI is expected to do, and the claims can be challenged to some extent. At the individual level, it’s a crude measure—BMI works best for measuring obesity rates in populations,” Ulijaszek said. BMI is limited as a truly global tool because its standardized cut-off points don’t account for regional variation. Some populations tend to carry more or less fatness per unit of BMI than Europeans, on whom the measure was largely built, explained Ulijaszek—who authored Models of Obesity—From Ecology to Complexity in Science and Policy in 2017.